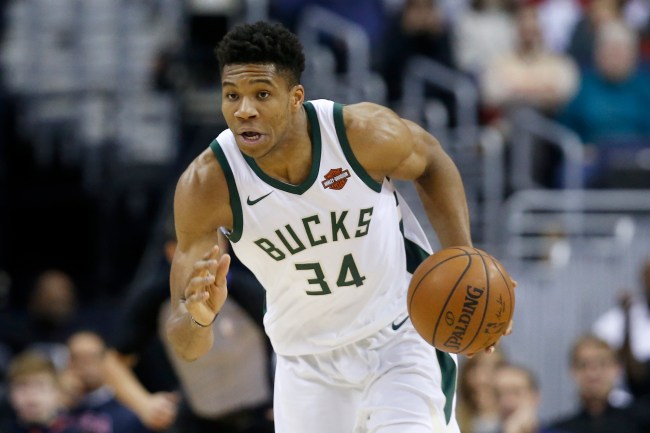 The Milwaukee Bucks are currently holding on to the 8th playoff spot in the East, are building a new arena in downtown Milwaukee and have one of the league’s biggest stars (Giannis Antetokounmpo). JohnWallStreet spoke at length with team President Peter Feigin about the arena project, the metric for “health” in the NBA and the “Giannis Effect”.

JWS: There’s a trend within the sports world of teams building new stadiums and arenas downtown and surrounding these new venues with mixed-use real-estate projects capable of servicing the public debt. The Bucks are following that trend. How is your arena project going to benefit downtown Milwaukee?

Peter: The trend is not by mistake. The Bucks are a great example. We lived at the Bradley Center, on an island, for 30 years; I mean, nothing around it. It was not part of a real economic development plan. We build a building literally 50 feet north and it’s the centerpiece of a 30-acre development that encompasses retail, entertainment, parking, our training facility, a medical office building and clinic. So, what we’re creating is the infrastructure for a neighborhood.

JWS: Harley Davidson, a Milwaukee-based company, is your jersey patch sponsor. When looking to put a corporate name on the new building, are you simply looking for the biggest dollars, for the most number of years, or does having synergy between the businesses matter?

Peter: In a perfect world, we’d want a growth company, somebody that understands our culture and somebody that could really expand not only our local footprint, but our national and international footprint. Obviously, somebody that wants to make a long-term commitment and dedicate significant dollars.

JWS: There’s a lot of excitement surrounding the Bucks franchise. Can you discuss the impact all the positive developments (i.e. playoff run, Giannis’ emergence, arena development) have had on ticket sales?

Howie Long-Short: The new facility (and adjoining parking structure) is estimated to cost $524 million with roughly half ($250 million) coming from public funding. The state will own the building with the Bucks agreeing to operate the facility as tenants, for a 30-year period. The Bucks development arm is funding the costs associated with construction of the entertainment district.

Fan Marino: Prior to Giannis Antetokounmpo’s appearance in the 2017 NBA all-star game, no Milwaukee Bucks player had made an all-star team since Michael Redd was selected during the 2003-2004 season and the team hasn’t won a playoff series since 2001. Giannis made it back-to-back all-star appearances in 2018 and has become recognizable enough to have been featured on 60 Minutes (last Sunday evening). I asked Peter, how does having a superstar like Giannis alter the perception of Milwaukee and the Bucks’ franchise?

Peter: We call it the Giannis Effect. It redefines that there are no small markets. If you have a superstar and you can win, and you position your brand, you have the opportunity to compete.

Turner (TWX) has announced plans to launch “Bleacher Report Live”, an untethered (i.e. no subscription needed) premium sports streaming service. Designed to serve as “the central hub for both the discovery and consumption of live sports content”, B/R Live will “provide direct access to live games for purchase on an individual or subscription basis.” The new service will launch on April 7th with Johnny Manziel’s debut in The Spring League; Turner is offering a free preview period.

Fan Marino: The B/R Live virtual network will include UEFA Champions League matches, EUFA Europa League matches, 65 NCAA Championships and the PGA Championship (plus a lot more); but, it’s their partnership with the NBA that will put B/R Live on the map. Push notifications are among B/R’s strengths and its “House of Highlights” brand has over 8.6 million engaged millennial basketball fans following on Instagram. The ability to reach those users during crucial moments of games, with the opportunity to watch live in-app (via NBA League Pass) at a reduced price, means the future is here (and Turner has a winner). As noted in Tuesday’s newsletter, there are a ton of digital video broadcasting services (with more to come); this is one that will succeed.

Howie Long-Short: One digital video streaming service I didn’t mention yesterday was DAZN (pronounced Da Zone), as it’s owned by the Perform Group; a subsidiary of privately held Access Industries. There is one way to play DAZN through, Dentsu; a Japanese advertising firm that trades publicly on the Tokyo Stock Exchange under the symbol (TYO: 4324). Dentsu recently invested in DAZN as part of a deal “which made the service available to customers of mobile phone operator NTT Docomo.” No information has been released relating to the size of the investment or the valuation placed on DAZN.