Bucs Claim Antonio Brown Asked For $2 Million Worth In Incentives To Be Guaranteed Before Game Vs Jets, Was Angry He Wasn’t Getting Enough Targets 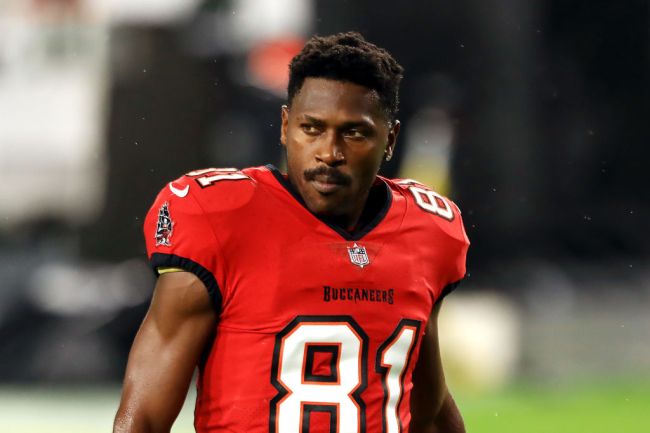 The Antonio Brown saga is starting to get real spicy.

On Wednesday night, Brown released a lengthy statement in which he accused the team of pressuring him to play with an injured ankle, and when he refused, he was cut on the spot by Bucs head coach Bruce Arians.

“I took a seat on the sideline and my coach came up to me, very upset, and shouted, ‘What’s wrong with you? What’s wrong with you?’ I told him, ‘It’s my ankle.’ But he knew that. It was well-documented and we had discussed it,” Brown said. “He then ordered me to get on the field. I said, ‘Coach, I can’t.’ He didn’t call for medical attention. Instead, he shouted at me, ‘YOU’RE DONE!’ while he ran his finger across his throat. Coach was telling me that if I didn’t play hurt, then I was done with the Bucs.”

Antonio Brown’s statement says the Bucs pressured him to play with bone fragment in his ankle. pic.twitter.com/dj0ZNuswOd

Brown even released his text messages with Arians to prove that his coach knew he was dealing with an injury.

On Thursday, Bucs GM Jason Licht claims Brown had asked the team to guarantee $2 million worth in incentives just a week before the team’s game against the Jets on Sunday. Licht also points out that Brown didn’t complain about his ankle injury to the Bucs medical staff on game day.

Last week, Antonio Brown and his agent requested that the remaining $2 million in incentives in his contract for this season be guaranteed, per Bucs’ GM Jason Licht. The team declined to guarantee those incentives.

Antonio Brown did not tell anyone on the Bucs’ medical staff about his ankle bothering him on gameday before the game against the Jets or during it, per Bucs’ GM Jason Licht.

Arians also addressed the media on Thursday and claimed that Brown was angry about not getting enough targets during Sunday’s game which led to him kicking Brown off the sidelines.

Bucs coach Bruce Arians said he asked Antonio Brown what was wrong Sunday. “I aIn’t playing. I ain’t getting the ball.’ That’s when I said, “You’re done. Get the ef out,” Arians said. pic.twitter.com/AwHa0fI6EX

“He was very upset at halftime about who was getting targetted, got that calmed down, players took care of that. It started again on the sideline, we called for the personnel group that he had played in the entire game, he refused to go into the game, that’s when I looked back and saw him wave off the coach. I then went back and approached him about what was going on. (He said) I ain’t playing, I ain’t getting the ball, that’s when I said you’re done, get the f out of here”

It is worth noting that Brown was close to hitting several milestones that would have netted him $1 million in incentive money.

This was a costly outburst.