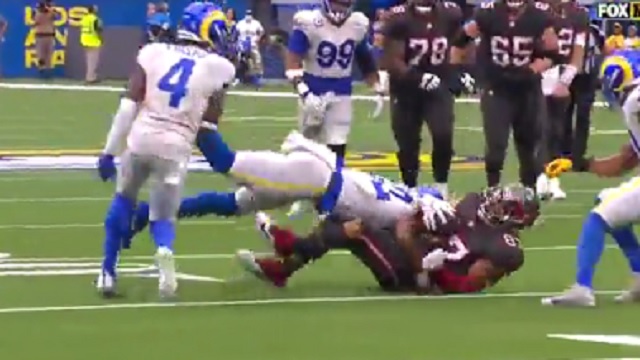 Bucs tight end Rob Gronkowksi appears to have gotten injured during the team’s game against the Rams.

Gronk was forced to leave the game and headed to the locker room to seek medical attention.

Bucs TE Rob Gronkowski out of the medical tent and headed for the locker room as his teammates finish off a TD drive. Gronk took a huge hit to the side from Rams OLB Terrell Lewis.

Update: Gronk was back on the sidelines in the third quarter.

Gronk is back on the #Bucs sidelines.

Not sure why Brate is laughing as his team gets blown out. pic.twitter.com/sdRBUAEO89