The Bulls And Warriors Are Discussing Blockbuster Trade Ahead Of NBA Draft Involving Top Draft Picks And Wendell Carter Jr. 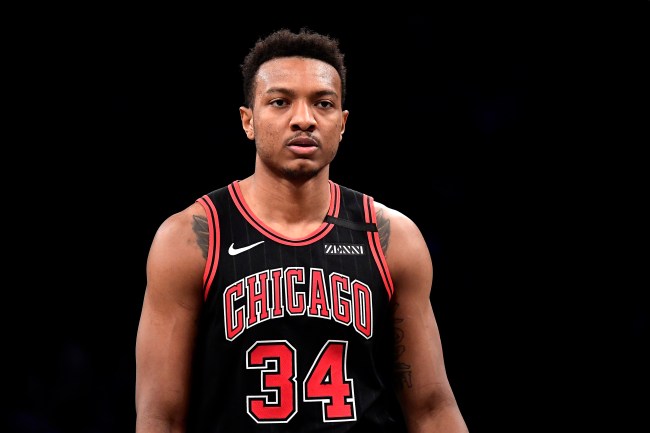 The NBA draft is tonight and there are already rumblings of a blockbuster trade between the Chicago Bulls and the Golden State Warriors.

According to the Ringer’s Kevin O’Connor, the Bulls are offering Wendell Carter Jr. and the #4 pick to move up in the draft.

Sources: The Warriors and Bulls have discussed a trade that’d send the second pick in exchange for the fourth pick and Wendell Carter Jr.

League sources say the Warriors are weighing whether to accept a trade offered by the Bulls that would send Chicago their no. 2 overall pick for Wendell Carter Jr. and the fourth pick.

O’Connor goes on to say that the Bulls would then take James Wiseman with the #2 pick but that internally the Warriors are still unsure of what to do.

If the Bulls trade up, sources believe they’ll select Wiseman.
Assuming Golden State keeps the second pick, Wiseman is the most likely choice. There isn’t a better place for Wiseman to address his weaknesses.

Bulls fans seem extremely opposed to trading away Wendell Carter Jr. while the Warriors fans are excited about the potential trade.

Wendell Carter has the potential to be a very good young NBA player, and the 2nd pick probably won’t be that much better than the fourth pick. @chicagobulls do not do this. https://t.co/mvzCNBBBxB

what a heist for Golden State. would Wendell Carter not be one of the top picks himself this year?

so the dubs would land a smart two-way big as good as any prospect they could have drafted at 2, then only move down two spots, where there might not be any drop-off in talent. https://t.co/dWz3WV87bl

This is absolute robbery https://t.co/KMh8OV27Wi