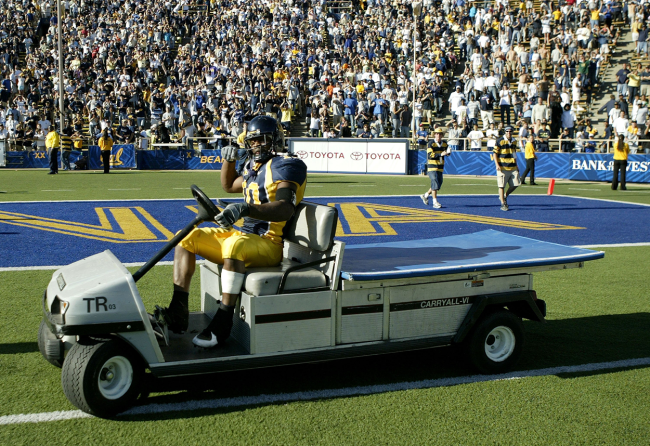 The next few months are absolutely crucial for college football programs looking to sure-up their 2023 recruiting class. School is out for the summer so rising seniors can take the time to make their official visits without having to worry about other logistical issues.

In turn, campuses all around the country are hosting recruits nearly every day until the fall season begins. The University of California, Berkeley is no exception.

Over the weekend, the Golden Bears had multiple recruits on campus to get a feel for the program, the campus and what life might be like if they committed to Cal in December or February. Ashton Sanders was among them and took one of the best visit videos to date.

Sanders, a 6-foot-3, 295-pound defensive lineman hails from Los Angeles and is a top-100 player at his position as a three-star prospect. He is considering Cal alongside offers from Wisconsin, Arizona State, Fresno State and seven others.

It would appear that the Bears are atop his list, but there is still a long way to go.

While on campus in the Bay Area over the weekend, Ashton Sanders paid homage to Marshawn Lynch, whether intentionally or not.

Back in 2006, while Lynch was playing at Cal, he took the team’s injury cart for an impromptu joyride before a game. It was legendary.

Well, during Sanders’ visit, he also took a cart for a spin across the field. It was planned this time, and it wasn’t the injury cart, but it was just as epic.

Sanders also hit an incredibly smooth ‘Smeez’ and showed off one of the greatest uniforms in college football.

From start to finish, top to bottom, Sanders’ video is perfect. It’s a great edit full of great, unique and captivating content and — most importantly — it’s a lot of fun. In a world where visual media continues to plan an increasing role in college football recruiting, it seems as though Cal got this one figured out.