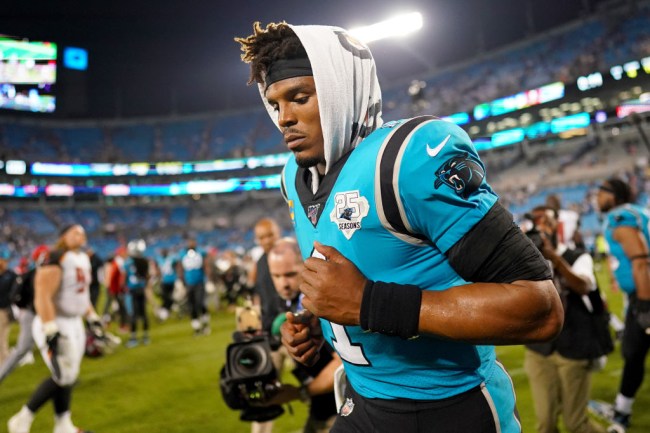 It’s been over two weeks now since the Panthers decided to release Cam Newton and the former NFL MVP is still on the look for a new home. After suffering another injury last season and only playing in two games it’s easy to see how some teams around the league would have their reservations in signing Newton, but as far as the rumor mill and ‘interest reports’ go involving Newton at this time are nearly non-existent.

While the NFL and the rest of the sports world find itself in a unique situation due to the big cancel, this is still a three-time Pro Bowl quarterback we’re talking about here that’s only about to turn 31-years-old.

The biggest question surrounding Newton is whether or not he has anything left in the tank given his injury history. Bleacher Report’s Mike Freeman recently asked an anonymous assistant coach in the AFC to pick the best potential landing spots for Newton and they made it clear that Newton still has plenty of juice left.

On top of saying that Miami was the best potential fit for Newton, they also said that some teams made mistakes by going a different direction with their quarterback instead of signing Newton.

Dolphins: “They’ll probably pick [Tagovailoa], and that would be a smart choice, but they should give strong consideration to Newton. He still has three or four really good years left.”

Bears: “[Acquiring Nick] Foles over Newton was a terrible mistake.”

Rams: “Same as Jameis. He’d be an instant upgrade.”

Patriots: “I wouldn’t be stunned if this happened.”

Raiders: “They’d make the playoffs with him at quarterback.”

Colts: “He’d beat both of them [Philip Rivers and Jacoby Brissett] out. He’s significantly better than both.”

Due to the big cancel, Newton is in a tough spot by not being allowed to work out for teams in person to show them that his body is going to hold up down the road.

A team will sign Newton, but it certainly feels like teams around the league are going to take their team in assessing the situation.