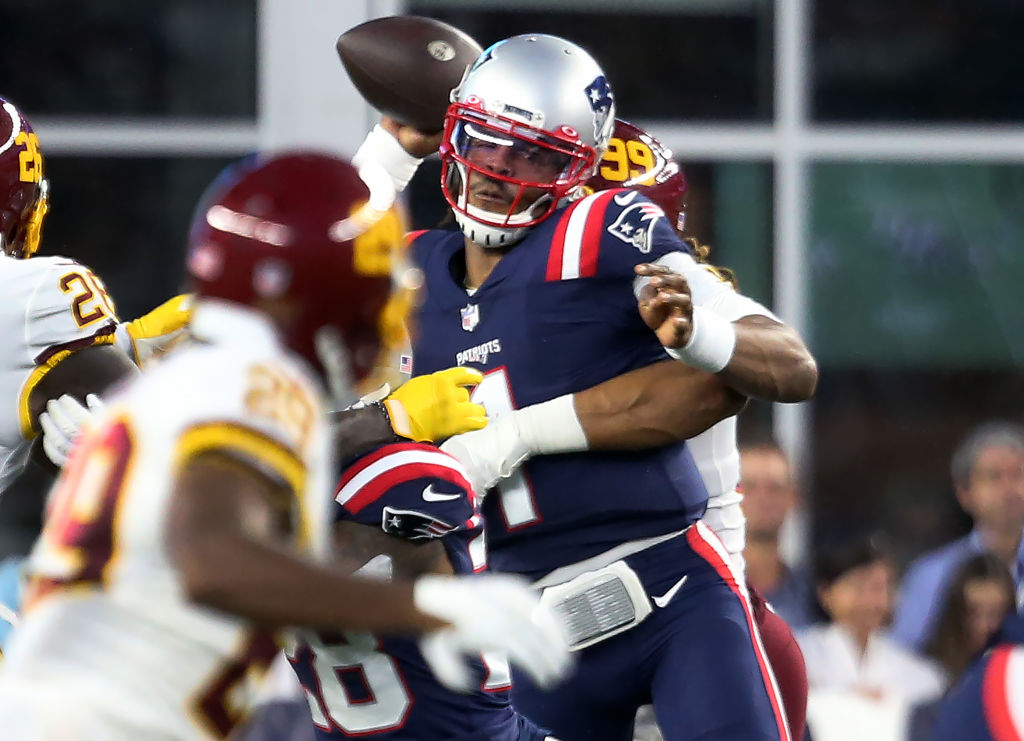 This could be some odd foreshadowing of the NFL season ahead. I think everyone in the NFL world hopes it isn’t but it’s hard to see how something such as this won’t happen again during the regular season.

The gist is this: Cam Newton traveled to a medical appointment outside of New England, tested negative daily, but a “misunderstanding” about tests conducted away from NFL facilities now requires him to stay away from the team for 5 days. The Patriots released a statement this morning explaining the “misunderstanding” about testing away from NFL facilities. This opens the door for Mac Jones to get exclusive reps with the first-team offense for the next several days.

“On Saturday, Cam Newton traveled to a Club-approved medical appointment that required him to leave the New England area. He received daily Covid tests, which were all negative. Due to a misunderstanding about tests conducted away from NFL facilities, and as required by the NFL-NFLPA protocols, Cam will be subject to the five-day entry cadence process before returning to the facility. Cam will continue participating virtually in team activities and return to the club facility on Thursday, August 26.”

Here is the language from the NFL-NFLPA COVID protocols regarding re-entry testing, which only applies to players and staff who aren’t fully vaccinated and aren’t exempted by a previous positive test: pic.twitter.com/oG3FEAs2fc

But if Cam was fully vaccinated he wouldn’t have been subjected to the daily testing protocols, he wouldn’t have to sit out five days before rejoining the team, and rookie quarterback Mac Jones wouldn’t get three full days of first-team reps in a heated battle for starting QB.

Meanwhile, Patriots HC Bill Belichick shed light on where the battle for Week 1 starter stands during a weekly interview with the The Greg Hill Show. These comments came a few hours before the Can Newton news went public and the team issued that statement. Here’s what Belichick had to say then (via WEEI):

“Well, I think the fact Cam started last year and he’s here, somebody is going to have to play better than him. We’re not going to take a job and say, ‘OK, here, this is gift-wrapped for somebody.’ But, training camp is all about competition. There’s an element of who the starter is, but there’s also the competition and in the end the competition is going to decide how things go in any given year.”

Belichick elaborated that whatever anyone did last year doesn’t really matter in the context of this season. It’s a new year, there are new opportunities, and he’s going to put the best player in the game at every position. The goal is to win and if that means starting A over B or B over C then that’s what he’ll do. But he did go on to say that Cam Newton is much more comfortable with the Patriots offense this season than last year.

The silver lining for Cam Newton is this happened in the middle of preseason games and not at the end of the preseason. But this obviously gives Mac Jones an opportunity to get comfortable with the First Team offense for several days without Cam Newton at practice which is 100% a situation Cam didn’t hope to find himself in.