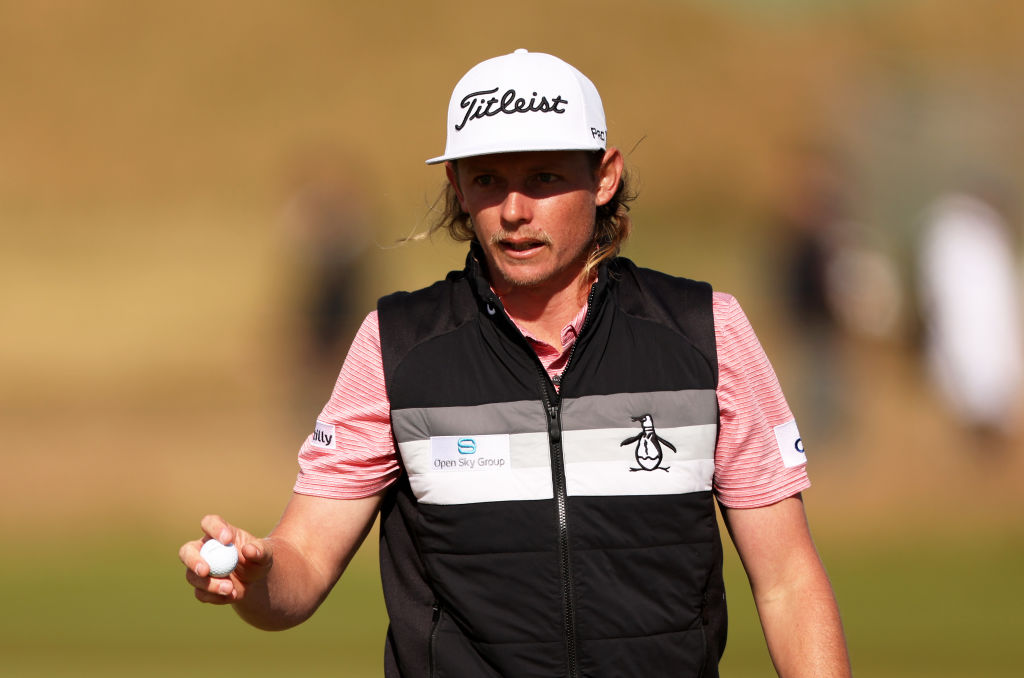 Cam Smith is rumored to have signed a huge deal with LIV golf, but he’s still playing on the PGA tour until the dust settles.

On Tuesday, the Telegraph reported that Smith had signed a massive $100 million deal to play for the Saudi-backed golf league and would be playing at their Boston event next month.

Cameron Smith, the Open champion, has signed a $100million-plus deal to join LIV Golf in a major coup for the Saudi-backed rebel series.

Telegraph Sport understands the Australian – who declined to comment on a potential deal immediately after his dramatic win at St Andrews – will now play at LIV’s upcoming event in Boston. While Phil Mickelson, Bryson DeChambeau and Brooks Koepka were also seen as major coups, the signing of Smith is seen as arguably more significant given he is currently World Number 2.

Smith attended a PGA tour press conference for the FedEx Cup Playoffs in Memphis Tuesday, Smith was grilled about the reports of his rumored deal with LIV golf.

The Australian golfer declined to comment on the deal while reporters continued to pepper him with questions about it.

Reporter: “There are reports in the Telegraph that you’re imminently signing with LIV golf or have signed with LIV golf…they said you were going, but here you are intending to play the playoffs. Do you care to comment? ”

Smith: My goal here is to win the FedEx Cup playoffs. That’s all I’m here for. If there’s something I need to say regarding the PGA tour, it will come from Cameron Smith…I’m a man of my word, if you guys need to know anything, it’ll be said by me.

Repoter: You being a man of your word, the Telegraph said that you have signed and are going, would you like to say yes or no to that?