Skier Shreds Sand Dunes, The Great Wall Of China, Waves, And More In The Best Skiing Footage Of 2018 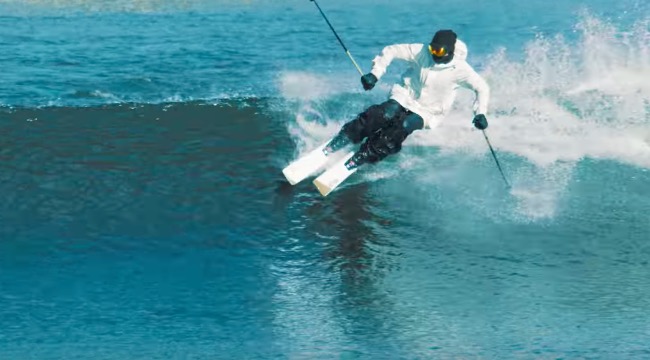 Candide Thovex is a freestyle skiing legend. His skiing videos are truly in a class of their own, and he deserves as much respect as any extreme sports athlete in the world. The footage below is going to straight up blow your mind. It’s the sickest skiing video you’ll see in 2018 and he doesn’t even shred the snow.

In ‘quattro 2’, the latest clip from Candide Thovex he’s shredding the Great Wall of China, a volcano with flowing magma, sand dunes, the jungle, and he’s even riding some waves on his skis. This French freeskier is changing the game again. Everyone and their brother has a supercut of them skiing the slopes so he decided to shred every type of terrain other than snow/ice and the end result is one of the most innovated extreme sports videos we’ve ever seen.

Whoever came up with the concept for this video deserves a raise. The idea of releasing a skiing supercut during Winter in which the famous skier doesn’t even touch the snow is something that nobody ever saw coming and it’s 100% badass.

If you want more videos from Candide Thovex you can check out this one as well as this one right here.