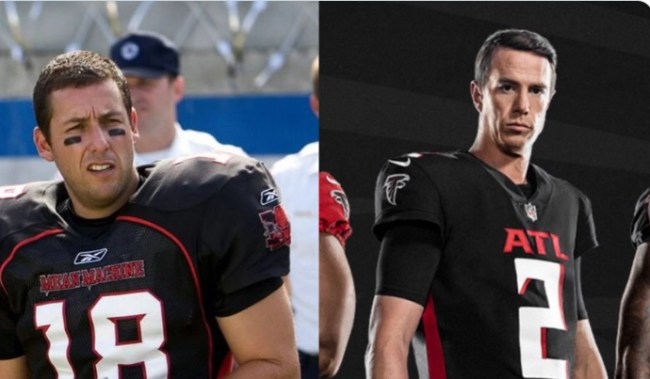 After working with Nike on a new uniform design for the past two seasons, the Atlanta Falcons released their new uniforms/jerseys ahead of schedule to mixed reactions from the online community.

While many liked the new redesign several people including the Carolina Panthers mocked the new jerseys for looking like they came out of the 2005 Adam Sandler comedy ‘The Longest Yard”.

The Falcons immediately fired back at their rivals by using Cam Newton’s infamously terrible font, a reference to the Panthers cutting their longtime quarterback a few weeks ago.

While the Falcons tried to save face it seems like many feel the Panthers were the winners in this back and forth.

Massive W for the @Panthers