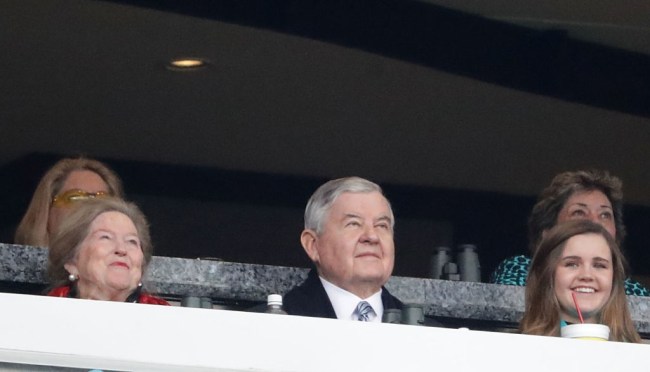 After an explosive report from Sports Illustrated which detailed Carolina Panthers owner Jerry Richardson’s inappropriate behavior towards female employees, Richardson has decided to put the team up for sale after the conclusion of this season.

Jerry Richardson’s statement that he intends to sell the Carolina Panthers after this season, via the team’s website. pic.twitter.com/xGa2cGDAvx

“I believe that it is time to turn the franchise over to new ownership,” he said in the statement. “Therefore, I will put the team up for sale at the conclusion of this NFL season. We will not begin the sale process, nor will we entertain any inquiries, until the very last game is played.”

Earlier today, Sports Illustrated released a report which portrays Richardson as someone who regularly made inappropriate comments to his female employees.

Friday was Jeans Day, when most staffers at the Carolina Panthers team offices would wear denim to work. The female employees knew what that meant. As the team’s owner, Jerry Richardson, made his rounds on the way to his spacious office, he would ask women to turn around so he could admire their backsides. Then, in his rolling Southern drawl, he’d offer comment, drawing from a store of one-liners he’d recycle each week. Among those in heaviest rotation: Show me how you wiggle to get those jeans up. I bet you had to lay down on your bed to fit into those jeans. Did you step into those jeans or did you have to jump into them?

[M]ultiple former female employees recount that Richardson’s behavior began to feel like a violation when he spoke of their bodies. He had a special interest in female grooming, they say. He would notice when their nails were not up to his standards, and pay for them to get manicures. Multiple female employees recalled to SI that Richardson asked them if he could personally shave their legs.

It’s pretty crazy that Richardson was able to get away with that behavior for as long as he did.