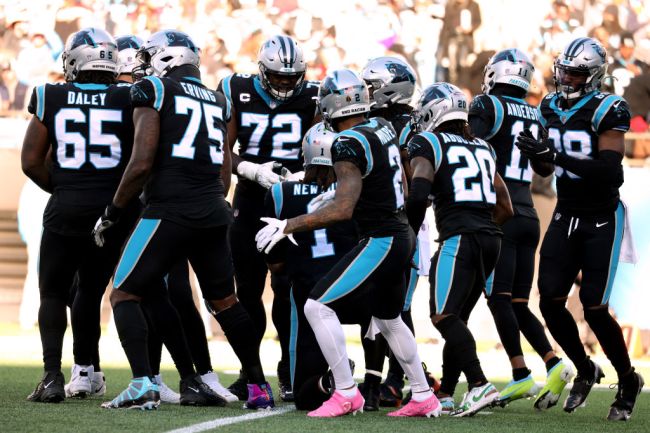 As we approach the end of May, Carolina Panthers fans still find themselves hoping that their team will make a move at quarterback that prevents them from having to watch Sam Darnold for another year.

While nothing has happened yet and we haven’t heard much about negotiations since the draft, it seems there could still be a move on the horizon for the Panthers. According to Steve Reed, who covers the Panthers for the Associated Press, the Panthers are still interesting in both Baker Mayfield and Jimmy Garoppolo, but want their teams to take on more of their contracts.

As I've reported several times, the Panthers are still interested in Mayfield/Garoppolo at QB, but in order for a trade to take place the other team would have to agree to pick up a large portion of their salary. Nothing has changed on that front for weeks.

At some point this offseason, the Panthers and either of these teams are going to need to figure out a way to make this money situation work.

The 49ers, on the other hand, don’t really need to sweeten the deal for the Panthers. They could very easily hold on to Jimmy Garoppolo until they get an offer they like. They will probably have no issue holding onto him as an insurance plan in case Trey Lance is injured or struggles.

That could just mean football fans will get the gift of seeing Baker Mayfield take on the Browns in Week 1 after these teams are done trying to wait each other out.