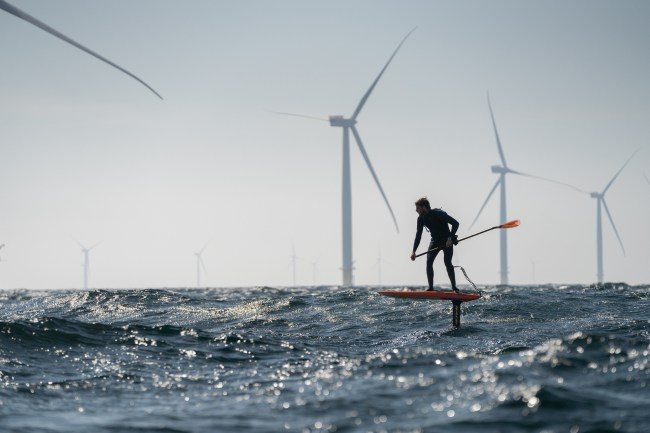 Casper Steinfath became the first person to hydrofoil from Denmark to Sweden earlier this month. The six-time Stand-Up Paddle Board World Champion completed the 128-kilometer (79.5-mile) journey across the Kattegat Strait earlier this month. 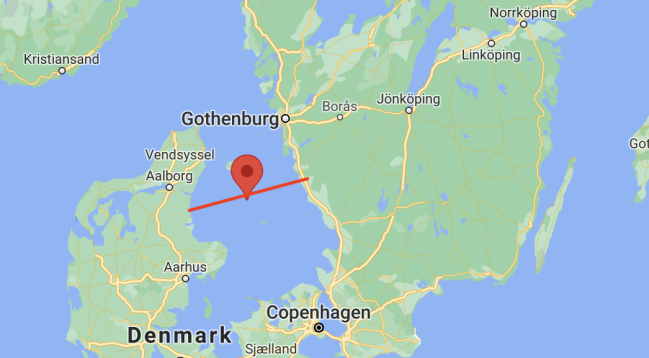 To understand the extent of his feat, you must first understand a hydrofoil board. The concept is pretty simple. A hydrofoil is attached to the bottom of a board, and when the board gains speed, the foil lifts the board out of the water. From there, the person on the board uses a pumping motion to gain forward momentum. As the board comes up, you push down. Once the board is down, you let it come back up. Rinse, repeat.

Here is a glimpse of him putting in work on the insane trek:

Setting out to sea.

Steinfath spent months training for the quest and was waiting for the perfect conditions. On the first Sunday of May, he received the nod from his team and set off with winds at 20-25 knots. 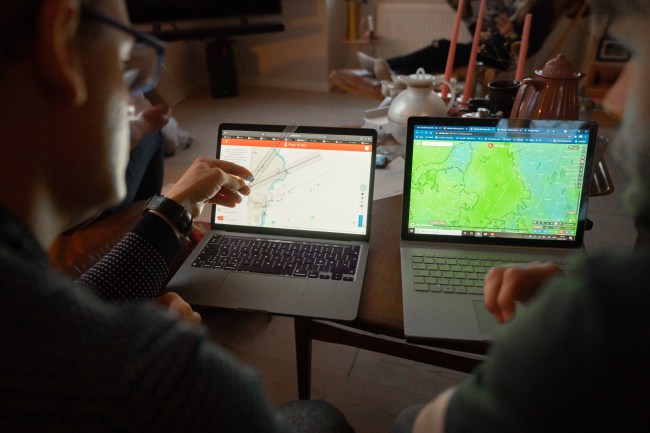 Around the halfway mark, Steinfath realized what he got into and told his team about his fears of cramping up.

“This is so much harder than I thought,” he said. “If I start to cramp, it might be game over.”

And then came the seasickness. The Kattegat Strait is no joke. There is nothing out there but sea, some oil rigs and wind turbines, and more sea. The waters get rough and some parts get downright treacherous.

Fortunately, Steinfath’s legs stayed under him and the cramps never came. However, he faced another unexpected challenge on the final stretch. After well over 100 kilometers of pumping, with only seven left to go, the wind died. It completely shut off and instantly ceased his hydrofoiling.

“The waves just disappeared,” Steinfath said. “I was simply stranded and could just lie there in the water and look over at Sweden.”

Having to decide whether to keep going, wait it out, or give up, Seinfath went with the former. His legs were dead and there were no waves, but his arms were still fairly fresh. 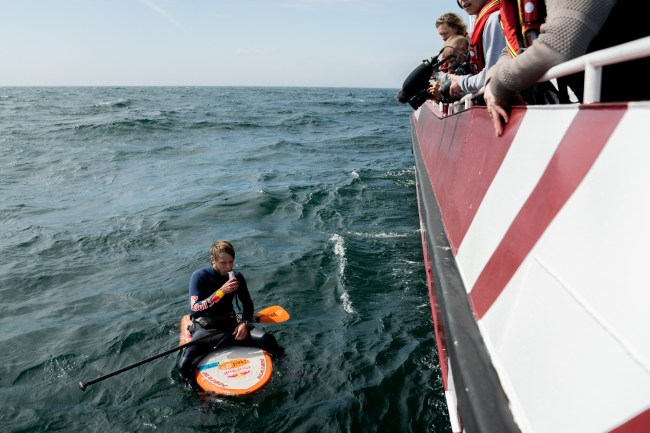 To counteract the wind dying out, he laid face down on the board and started to paddle.

“I realized I could still use my arms,” he said. “It just felt right to start paddling.”

To give him the extra strength he needed to cross the Strait, he was joined by his long-time SUP coach Magnus Lindstedt.

“I got tears in my eyes when I heard on the radio that my coach Magnus was paddling out there,” said Steinfath.

The two had not seen each other in a year and a half because of the COVID-19 pandemic.

Part two of the Viking Crossing trilogy is in the books.

After finishing the last seven kilometers (4.3ish miles) on his stomach, the lighthouse at Bua Harbor came into view. After a grueling 10 hours and 42 minutes, Steinfath became the first person to cross the Kattegat straight, from Denmark to Sweden, on a hydrofoil. 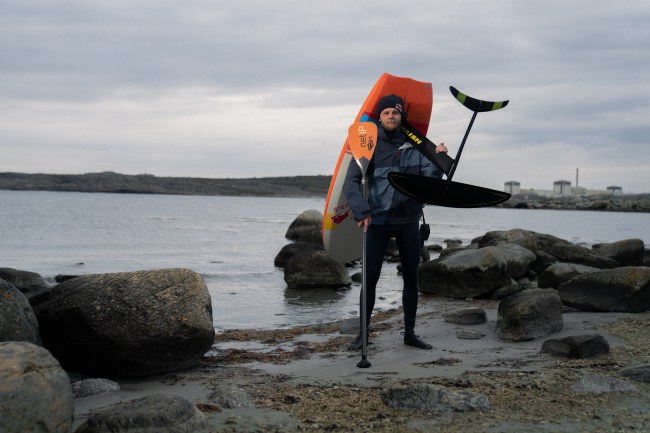 The adventure across Kattegat is part two of Steinfath’s “Viking Crossing series,” which started back in 2018. He first traveled 146km across the Skaggerrak Strait from Denmark to Norway. Then he did Denmark to Sweden. Next, he plans to cross the North Sea.