Cavs Veterans Reportedly Don’t Think Colin Sexton Knows ‘How To Play’, George Hill Offered To Mentor Him But Sexton Turned Him Down 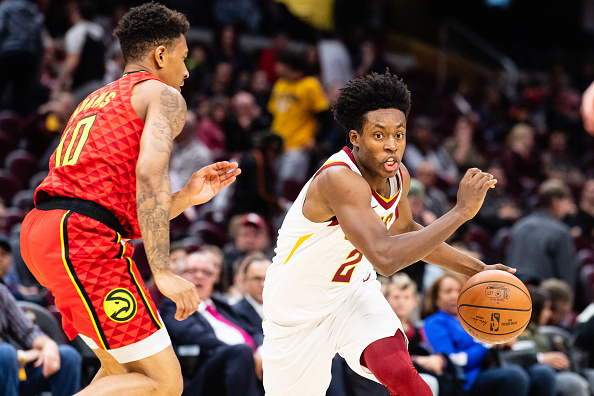 The Cleveland Cavaliers are an absolute dumpster fire right now. Last night the Cavs absolutely crushed by the Hornets 126-94 and reports are coming out that veterans on the team are frustrated with the younger players, especially first round pick Colin Sexton.

It’s becoming increasingly clear that when you hear a Cavs veteran talk about younger players not knowing their role, or knowing how to win, or what to do on the court, they mean Sexton. Throughout the organization, the line on Sexton is that he does not ‘know how to play.'”

Veteran guard George Hill offered to help Sexton out with his game but apparently the rookie turned down his offer.

In Sexton’s case, he doesn’t look ready. He doesn’t yet know how to play. Some are starting to recognize it.

His vision to get teammates involved is lacking, as he has just 20 assists in nine games. He takes an inordinate amount of 2s. He plays out of control, committing 19 turnovers. While he crouches down in his defensive stance, Sexton still doesn’t understand how to guard, especially the pick and roll. Nor does he get the nuances of being a quality team defender.

George Hill has offered to mentor the teenager, teach him how to play defense. But Sexton has, to this point, rebuffed that.

Cavs fans also appear to be turning on Sexton.

Disappointed in Colin Sexton so far in the season

Colin Sexton is not that good after all and his defense is really bad.