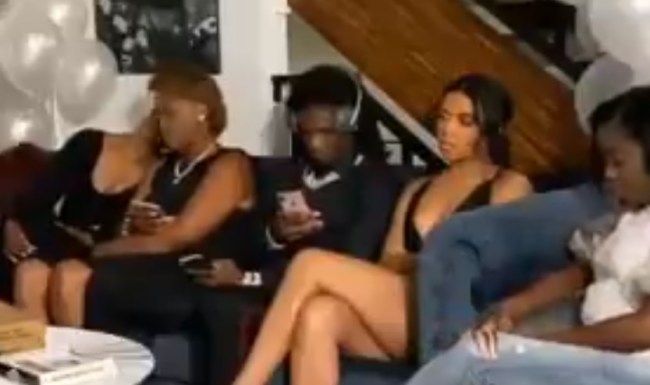 CeeDee Lamb’s girlfriend Crymson Rose went viral during the NFL draft on Thursday night when she attempted to check his phone but was quickly denied by him.

CeeDee's girl tried to check his phone and he was like NOPE LMAOOOO pic.twitter.com/oesaO2RDar

Lamb and Rose both denied on social media that there was a problem and that people were just making assumptions about what happened.

His agent was FACETIMING him while he was on the phone with the Cowboys, I was doing the GF thing gonna answer it for him🤣 sheesh https://t.co/lXR0XUTLJ0

Social media would go on to reveal that Rose used to date NBA star Trae Young while he was attending Oklahoma University.

CeeDee Lamb and Trae Young have a lot in common pic.twitter.com/VyW7jYDrIf

Update: Young had a good laugh at his ex getting punked on live TV.

So it turns out she went from NBA baller to NFL first round pick. Impressive