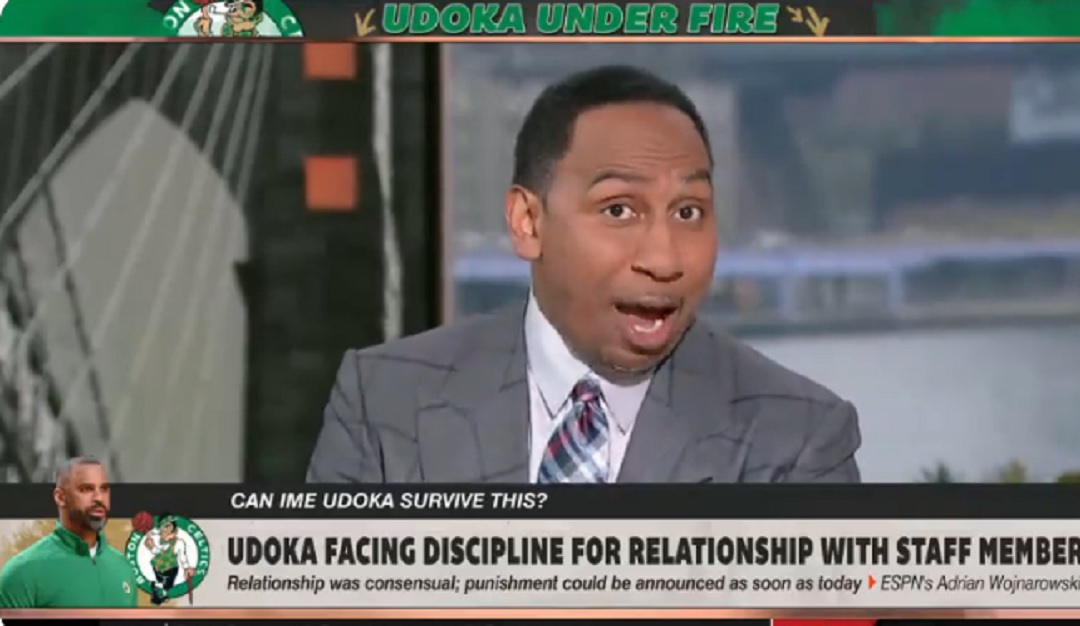 The Boston Celtics will likely be without head coach Ime Udoka for the entire season after he reportedly had a “consensual” relationship with a female staffer and Stephen A. Smith believes if Udoka were white none of this information would have come out.

On Wednesday night, it was reported that Udoka faced a significant suspension for violating team rules by having a consensual relationship with a team staffer.

ESPN story on Celtics coach Ime Udoka facing disciplinary action expected to include a significant suspension for a violation of organizational guidelines: https://t.co/R4xRzyOD8J

Boston Celtics coach Ime Udoka is facing disciplinary action that is expected to include a significant suspension for his role in a consensual intimate relationship with a woman who is a member of the franchise’s staff, sources told ESPN on Wednesday night.

The relationship was considered a violation of the organization’s guidelines, and a decision on the length of that suspension is expected to come as soon as Thursday, sources said. While no final decision has been made, internal discussions have included scenarios that would keep Udoka out for the entirety of the 2022-23 season, sources said.

According to ESPN’s Adrian Wojnarowski, Udoka is likely going to be suspended for the entire season, and assistant coach Joe Mazulla will take over as the team’s head coach for the year.

ESPN’s Stephen A. Smith went on ‘First Take’ and said he had a problem with the Celtics allegedly leaking the information when white people geta pass for doing the same thing.

Stephen A Smith on Ime Udoka situation "there's plenty of white folks out there doing their thing, I don't see the information out about them" pic.twitter.com/xtGDudfPPh

‘I don’t like that being done to a brother because I got news for you, America, there’s plenty of white folks in professional sports that’s doing their thing, and I say that not complimentary, I don’t see the information out about them.

“It should have never been put out there, by the Celtics organization, and don’t tell me you didn’t do it, cause you absolutely did.