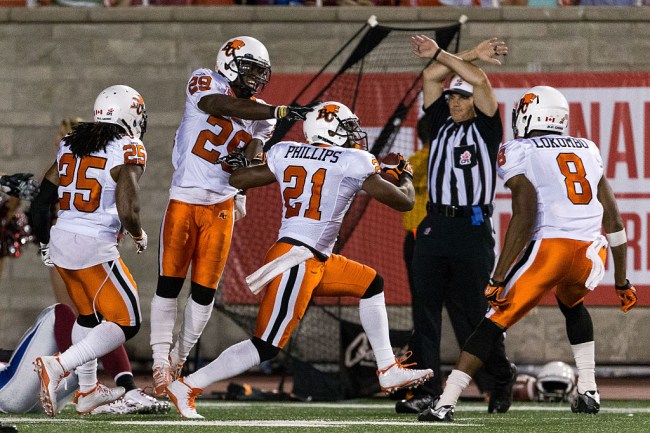 It’s unclear what goes through someone’s mind when they decided to streak at a sporting event. One can only imagine that their last thought before actually doing it is, “Everyone thinks I’m a fucking idiot, so I guess I’ll prove them right by doing something that never ends well for anyone, ever.” Outside of wanting to remove all doubt that you are, in fact, a moron, I don’t know why anyone would want to run around a field only to get caught, and possibly injured, by stadium security. Or, if you’re this poor bastard who made that terrible choice at a CFL game between BC and Montreal, you get laid the fuck out by a football player. An outcome that is way more violent than a takedown by security.

Hit of the night and reason not to streak or possibly drink at a BC Lions game! pic.twitter.com/vtnNx8sGWm

The TSN broadcast refused to show the streaker, as is expected, but that didn’t stop their commentating crew from doing the play-by-play of the hit.

A streaker on the field? Not a problem for Lions DB Marcell Young 🤣#CFLKickoff pic.twitter.com/FhjTFWR1aV

It’s always refreshing to see when people rise to the occasion and treat an idiot like and idiot.