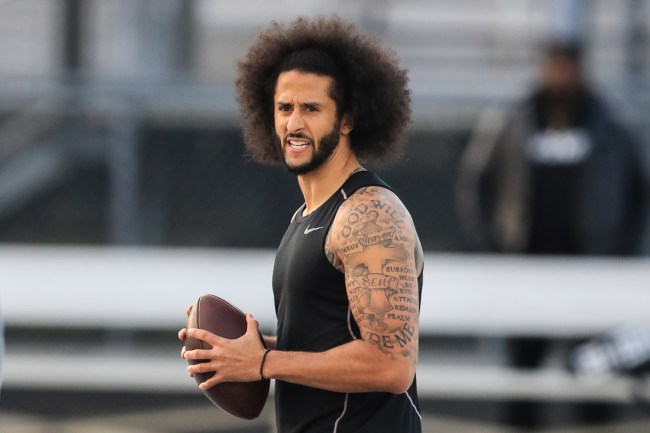 Despite not having played an NFL game in over three years, Colin Kaepernick is beginning to generate buzz for a return in 2020.

On Wednesday morning, Chargers head coach Anthony Lynn told reporters that he believed Kaepernick’s playing style was a good fit for the team.

“I haven’t spoken with Colin, not sure where he’s at as far in his career, what he wants to do,” Lynn said. “But Colin definitely fits the style of quarterback for the system that we’re going to be running. I’m very confident and happy with the three quarterbacks that I have, but you can never have too many people waiting on the runway.”

The Chargers are the first team to mention Kaepernick as a workout candidate amid the widespread social unrest that started last month after George Floyd’s death while in Minneapolis police custody.

Lynn would later clarify that he hadn’t yet contacted Kaepernick and that he would put Kaep on the team’s “emergency” workout list.

Lynn clarifies that the #Chargers have "no plans" to work out Kaepernick yet. They haven't reached out or contacted him. But he's on their list.

Apparently NFL execs also believe the Chargers could be a good landing spot for Kaepernick.

Chargers are one team NFL execs I've spoken to identified as a good fit for Colin Kaepernick because of the playaction dynamic and the ability to give Justin Herbert a true redshirt year with Kaepernick as a backup. Titans also mentioned.

The news about the interest from the Chargers comes less than a week after Seahawks’ head coach Pete Carroll revealed that a team called him and inquired about Kaepernick.

This is interesting: #Seahawks HC Pete Carroll told reporters that a team called him today asking about Colin Kaepernick. He said today was the first time a team has called regarding Kaepernick since Seattle worked him out in 2017. "Someone is interested."

It seems like teams are not afraid of the backlash of signing Kaepernick anymore which means it’s probably likely he actually plays in the NFL this year.