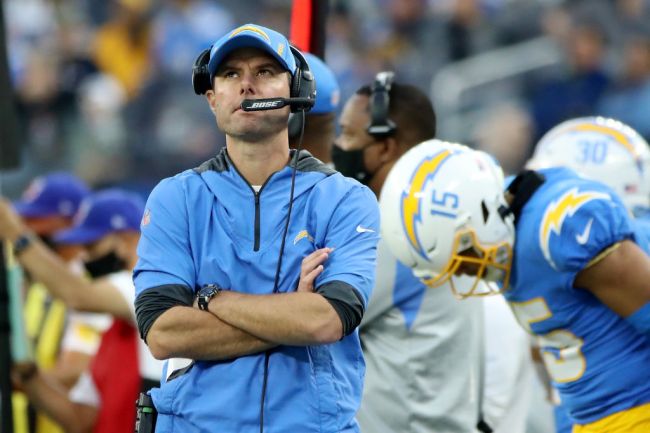 The Las Vegas Raiders seemed like they were getting ready to play for a tie that would have sent both the Chargers and the Raiders to the playoffs, but Chargers head coach Brandon Staley had other ideas, and it appeared to cost him.

With the Raiders facing a 3rd-and-4 on the 40-yard line with 38 seconds left to go in the game, the Chargers decided to call a timeout for whatever reason.

For inexplicable reasons, as the Raiders appeared willing to run out the clock and play for a tie — getting both teams in the playoffs — Brandon Staley called timeout with 5 seconds on the play clock and 38 seconds remaining in overtime. It cost the Chargers their season.

The Raiders would run the ball on the next play for a first down which led to a game-winning field goal moments later.

After the game, QB Derek Carr admitted that the Chargers calling timeout changed the Raiders strategy.

#Raiders QB Derek Carr said in his postgame interview that the #Chargers timeout changed their mindset on the final drive.

"It definitely did, obviously"

Another video appeared to show a Raiders player admitting that the Raiders were going to let the clock run out before the Chargers’ timeout.

Watch this. The Raiders player tells Ekeler they were going to run out the clock before he called timeout pic.twitter.com/3wNNQ5DNfd

Fans blasted Staley for calling the timeout after the game.

Wow, #Steelers will make the playoffs!#Chargers screwed themselves by calling a timeout pic.twitter.com/1fjTvTDuDF

What Brandon Staley did should be a fireable offense! There's no excuse for that whatsoever!

Brandon Staley cost his team the playoffs. Dumbest timeout ever.

That’s coaching malpractice. The Raiders were squatting on the ball and content to run the clock out.. You take a timeout and give up a bit run the next play. That hero stuff is for the movies… Brandon Staley should catch some heat for being overly aggressive..

Brandon Staley opted out of the bowl game