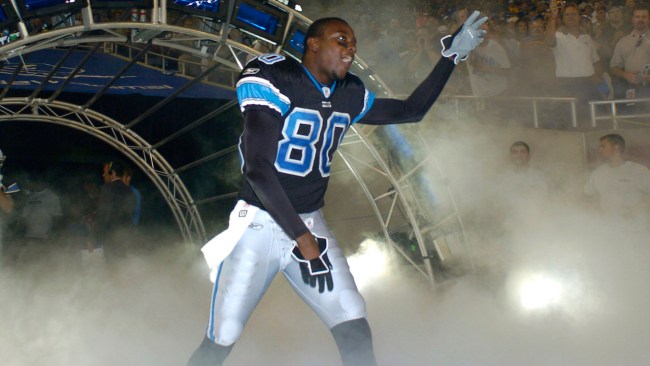 Former Detroit Lions wide receiver Charles Rogers, who was selected with the #2 overall pick in the first round of the 2003 NFL draft, has died at the age of 38-years-old. At this time, Rogers’ cause of death is unknown.

Some of Rogers’ former teammates took to social media to confirm the tragic news:

“Devastated to learn of the passing of my Spartan brother Charles Rogers.Spoke with his mom this morning. Please pray for her and his children. Please also be respectful of their privacy at this difficult time. Rip Chuck,” wrote former NFL receiver Chris Baker, who played with Rogers at Michigan State University.

Rogers, who was born on May 23, 1981, in Saginaw, Michigan, won the 2002 Biletnikoff Award — which is given to the best wide receiver in the country — while playing for the Michigan State University Spartans. During that award-winning junior year season, Rogers had 68 receptions for 1,351 yards and 13 touchdowns.

Over the course of his three professional National Football League seasons with the Detriot Lions from 2003 to 2005, Rogers had 36 catches for 440 yards and four touchdowns.

His once-promising NFL career was ultimately cut short due to a myriad of injuries (he suffered multiple broken clavicles) and off-the-field issues, as he was suspended for violating the NFL’s substance-abuse policy on multiple occasions.

After being cut by the Detriot Lions prior to the 2006 season, Rogers worked out for a handful of NFL teams, including the Miami Dolphins, the New England Patriots, and the Tampa Bay Buccaneers. However, Rogers remained unsigned and retired from the league.