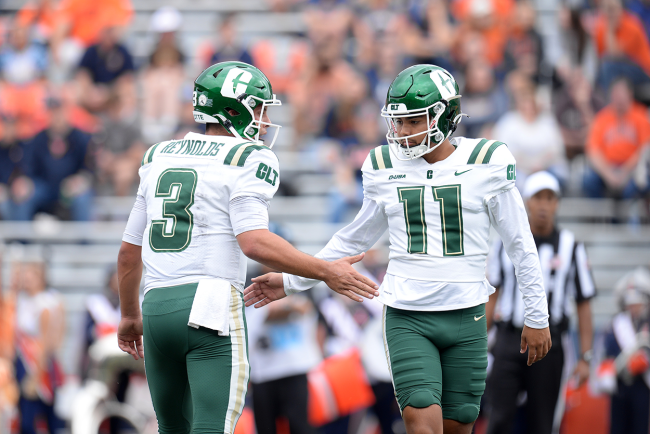 Being a college football player is exhausting. Especially in the summer before class gets underway.

In the weeks leading up to the first day of school, fall camp requires players to be at the team facility all day, every day. Although that is typically the case during the season anyway, the summer is even more demanding because there is not the distraction and pull of day-to-day life.

As a result, players typically arrive to the facility early in the morning to try and beat the heat, have film and team meetings throughout the day, hit the weight room in the afternoon and then get back out onto the field in the evening. It is a long day.

However, there is some downtime in between the various activities and players occupy their time playing video games, hanging in the players lounge, scrolling the internet and just hanging with each other. It’s a grind and Charlotte offensive lineman Jordan Brown recently provided an inside look at his team killing time.

There are also mandatory breaks for meals, of course.

And there is always time for a nap. Often. At any moment possible.

While the players aren’t really able to leave the facility, the downtime allows for some shuteye. The 49ers are making sure that their players are able to recover and rest comfortably. They put air mattresses all throughout the weight room, making for the (unofficial) best fall camp nap set up in the country.

Charlotte finished 5-7 last year and has a difficult road to bowl eligibility in 2022. Maybe the air mattress naps will be the extra edge to keep the 49ers fresh come crunch time.