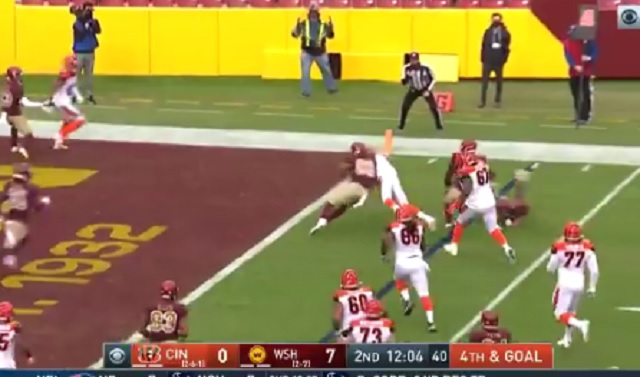 The top two draft picks of the 2020 NFL draft met on Sunday and unfortunately, it didn’t end well for the #1 pick in the draft.

During the Bengals-Washington game, QB Joe Burrow tried to scramble for a touchdown but was met by Chase Young who absolutely crushed the young Bengals QB and forced a fumble.

Joe Burrow got jacked up by Chase Young 😐😐😐

Crazy play here. Chase Young makes incredible play to chase down Burrow and force a fumble. Washington recovers, then fumbles again before recovering again in the end zone. Was ruled a safety after the 2nd recovery, but holding brings it all back. pic.twitter.com/MV2FFO0yOm