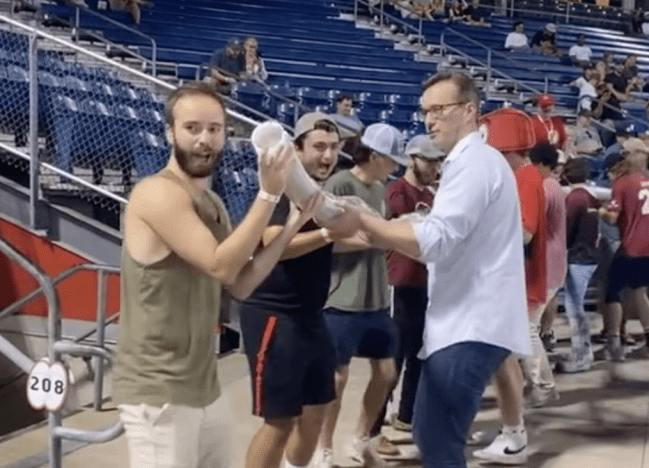 The first recorded beer snake in history occurred on June 24, 1969 at Wrigley Field. It is documented in the Chicago Sun-Times the next day and started a trend that shows no signs of stopping.

The concept of a beer snake is simple. Fans, typically attending a sporting event or concert, gather as many empty cups as possible and stack them on top of one another.

As it continues to grow, the resulting stack twists and turns throughout the crowd and resembles a snake. Thus, the beer snake was born.

Fortunately, there are many brave souls who are willing to set out on such a historic and arduous journey for empties. That was the case over the weekend in Chattanooga, Tennessee.

A group of 18 fans at a Chattanooga Lookouts game assembled one of the most impressive beer snakes that you will ever see. It just keeps going.

The Lookouts are a AA team for the Cincinnati Reds and they are currently one game back in their division, so it’s not like they are a bad team to watch. In addition, both Thursday and Friday’s games were within two runs and the former resulted in a win.

Despite the play on the field, this group of diverse fans (why is there just the one dad in the front?) set out on their mission and did a great job. Consider the fact that there are not that many fans in the stands to begin with. To assemble that many cups is downright impressive.