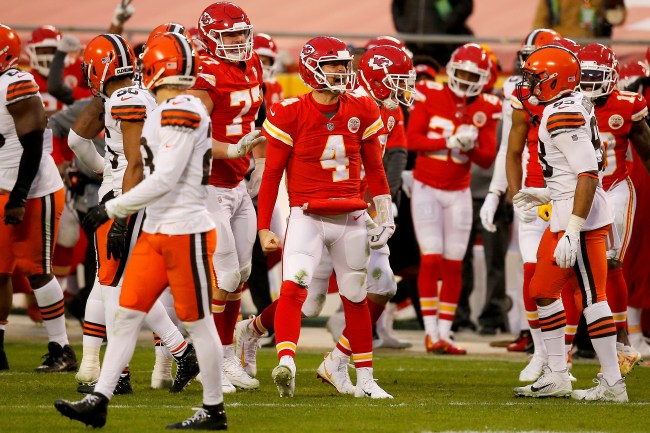 The Kansas City Chiefs are on the way to the AFC championship game thanks to some late-game heroics from backup QB Chad Henne.

Late in the third quarter of the game, Mahomes was ruled out with a concussion after his heat appeared to hit the ground after a tackle.

Thankfully for Chiefs fans, Henne was able to make two huge plays late in the fourth quarter to seal the game for Kansas City.

Chad Henne was that dude on this run 😮 #HENNETHINGISPOSSIBLE

The man. The myth. The Henne god. pic.twitter.com/CZv6FiPpVb

Andy Reid was sipping on that Henne