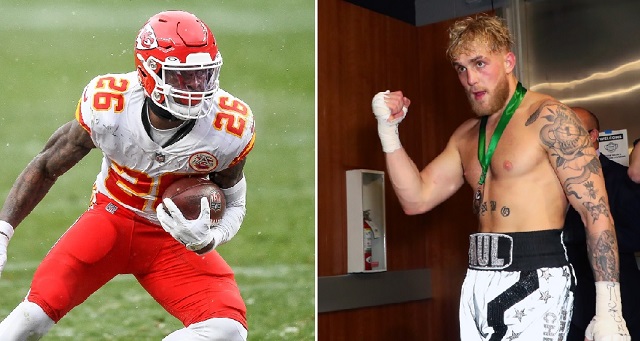 Jake Paul has a long list of challengers after viciously knocking out former NBA star Nate Robinson over the weekend.

Earlier this NHL’s Evander Kane and Robin Lehner both called out Paul to a fight on social media.

yo @jakepaul I’d wreck ya. Easy to beat up guys with no experience and much smaller. August 31st 2021 Vegas we can see if you really about that action. #YOURMOVE

Chiefs running back Le’Veon Bell is the latest athlete to come out to challenge Paul to a boxing match.

On Thursday Bell released a video clip of himself sparring and told Paul to “set it up.”

set it up then pic.twitter.com/XcXnkpbljR

Fans went on to mock Bell for calling out Paul.

You finna be the next Nate Robinson 🤣😂 https://t.co/dxC3VQ9GiC

Lower ur voice before @jakepaul pull up 😂😂 https://t.co/qkybqNJh9h

Y’all gotta stop mane ion got faith in athletes jumping in the ring after bro got embarrassed n played with like a puppy https://t.co/2266iulNfP