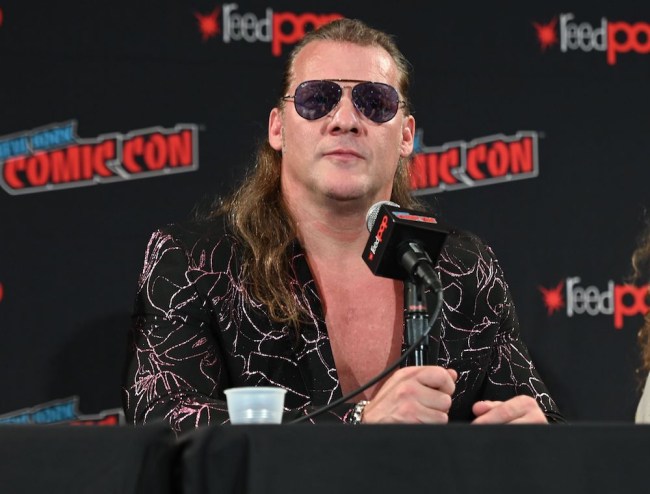 The “No Fun League” continues to be the undisputed champion of stick-in-the-mud sports leagues.

At All Elite Wrestling’s “Double or Nothing” show in May, Chris Jericho and his inner circle battled The Elite and Broken Matt Hardy in a Stadium Stampede match.

The action took place all over TIAA Bank Field in Jacksonville, home of the Jaguars. Tony Khan, president of AEW, is the son of Jags billionaire owner Shahid Khan.

Here are some highlights from the match.

In a new interview with The SDR Show, Chris Jericho discussed AEW’s creative process in relation to the WWE and used the Stadium Stampede match as an example of the differences between the two federations.

“Everyone (in AEW) works together, but there’s no real rules.

I mean, once in a while you get a few things that maybe other guys have ideas that you will use. But most of the time everyone is in charge of their own stuff.

And that’s why it’s working, that’s why it’s so exciting. And not to bag on anywhere else, but there’s such a chain of command in WWE, for example with the creative stuff.

And we don’t have that in AEW.”

Jericho called the Stadium Stampede match the “best thing he’s done in 30 years in the business” and how the match was just “10 guys getting together with different ideas, and banging it out and not having to worry about, ‘Well, did so and so approve this?’ or ‘What are we gonna do with that?’”

Jericho did admit that only one idea had to be approved, but not with AEW brass, but with the NFL. The spot involved the Jacksonville Jaguars mascot – Jaxson de Ville.

“The only thing I had to get approved was knocking out the Jacksonville Jaguars mascot. And the only reason why I had to get that approved is because the NFL didn’t want us to do it.

But Tony Khan didn’t care, so we did it.

But other than that, everything was kinda free form, man. It’s like, it’s ‘How creative can you be and how well can you make the piece and the segment that you’re working in?’

And that’s why it’s been such a success.”

Good on Khan, letting his performers go out and perform.

Forgive players for punching people at home but take issue with wrestlers pretend punching mascots on a wrestling show.

[h/t to 411 Mania for the transcription]