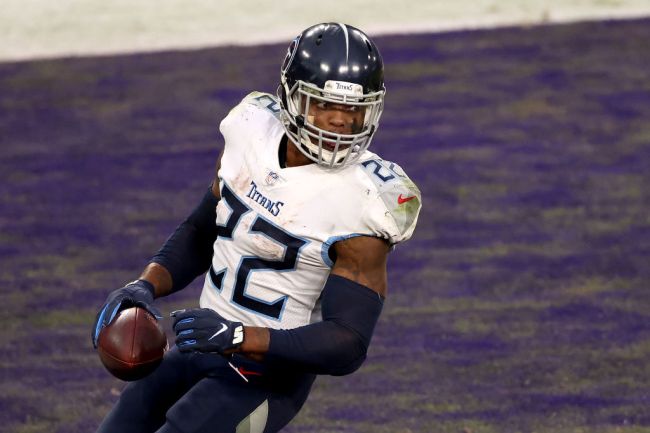 After Derrick Henry’s monster season a year ago leading the NFL with over 2,000 rushing yards it’s tough to fathom him having an even better season this year, but that’s exactly what former Titan Chris Johnson thinks he’s in store for.

Johnson, who is also a member of the elite group of rushers to pick up 2,000 yards in a single season, sees the Titans’ addition of Julio Jones allowing for Henry to find even more success between the tackles. With Jones lined up with fellow stud receiver A.J. Brown, defenses won’t have the luxury of stacking the box and leaving one of those two guys alone.

“There’s no way you can put eight, nine in the box on Henry,” Johnson explained to TMZ. You’ve got Julio on the outside, you’ve got A.J. on the other side, so you can’t stack the box or anything like that.”

Stacking the box has been every team’s gameplan against the Titans over the last few seasons, but it hasn’t worked out all that well as he’s rushed for over 3,500 yards and 33 touchdowns over the last two seasons. Now, defenses will have to take at least one player outside the box to account for Jones and Brown. One less player at the line of scrimmage to meet the human boulder that is Henry should be interesting to watch.

Johnson didn’t just talk about the future for Henry during the interview, he also took a bit of a dig at the Titans’ front offices of the past.

“I wish I could’ve played there when we had that GM, they’re doing what they’ve got to do to win games.”