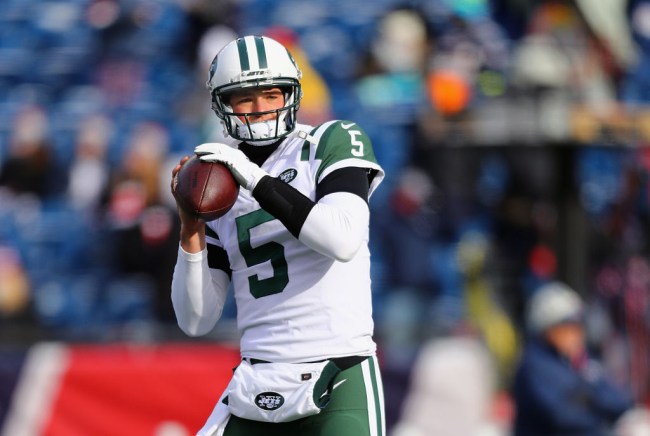 Over the weekend, the Philadelphia Eagles signed former Jets second round pick Christian Hackenberg, who has pretty terrible in his stint in New York.

Christian Hackenberg is returning to Pennsylvania and signing with the @Eagles in hopes of reviving his NFL career. https://t.co/zHpJBQtzKh

While speaking to the media early this morning Hackenberg wanted to state that he wasn’t interested in looking at his past and was focused on getting better as a QB.

All these people who aren’t really in this really focus on the results, but the one thing that I’ve found that’s been really cool is kind of falling in love with the process and making sure you master each step, if that makes sense,” “I feel like it gets overlooked oftentimes So trying not to get too far ahead of myself. I think just making sure every day I do everything I can.”

Unfortunately for Hackenberg it appears that he had a rough day in his practice with the Eagles.

Hackenberg eventually completed a few passes but he was still pretty awful overall.

For the first time ever, I charted a quarterback’s stats during practice. I made an exception for newcomer Christian Hackenberg, who the team signed on Sunday. Hackenberg was 2/6 for roughly 20 yards, 0 TD, and 2 INTs, and an unofficial QB rating of 4.2.