Christian McCaffrey Was Named All-Pro At Not One, But Two Positions 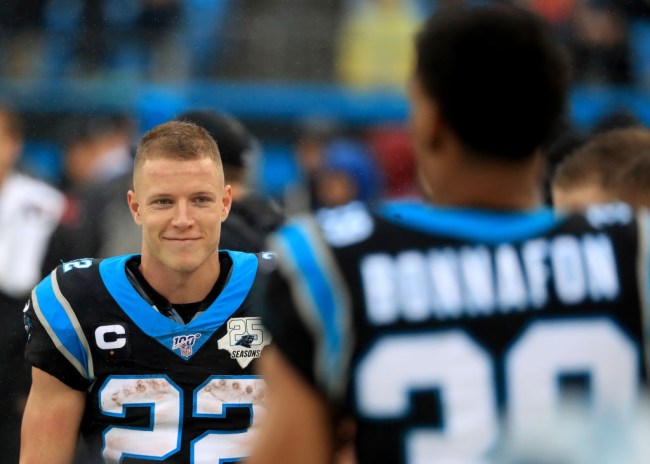 The Carolina Panthers were a bit of a mess this season en route to a 5-11 record, but one thing was consistent throughout the year and that was Christian McCaffrey’s insane play.

Simply put, the man was unbelievable.

Those numbers are without question worthy of All-Pro honors, in fact, it turns out they were good enough for McCaffrey to be named to the NFL All-Pro team at two positions.

McCaffrey was selected as the first-team running back and the No. 1 flex player in voting by the 50 members of a nationwide media panel who cover the league.

The flex position was created in 2016 to reward players who epitomize the way offense is now played in pro football, according to ESPN.

“It means a lot,” says McCaffrey, a third-year pro. “It is a big honor, and that is something that you don’t work hard for it, but when it comes you are really grateful and appreciative.”

Life isn’t too bad for McCaffrey at the moment. On top of the insane two-position All-Pro honors, he’s currently on vacation with girlfriend Olivia Culpo.

Baltimore led the All-Pro team with five total selections with New Orleans finishing with four. There were 16 AFC players and 13 from the NFC that were given the honors.