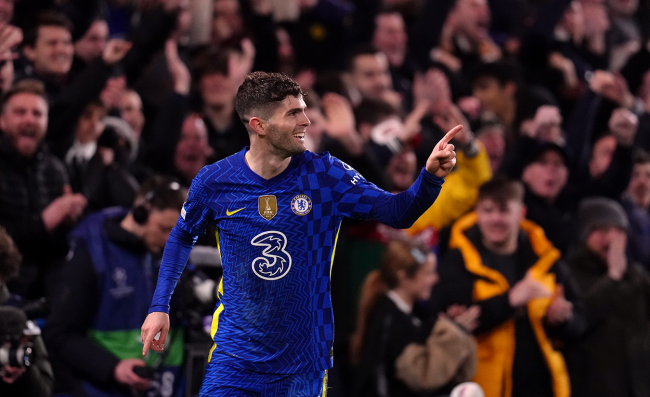 Christian Pulisic’s Griddy could use some work, but we love him anyway. During Tuesday’s Champions League match, the American star celebrated his goal by hitting the Louisiana-based dance for the entire world to see.

Chelsea manager Thomas Tuchel went with a more mobile front line against Lille and chose to drop Romelu Lukaku in favor of Pulisic. It ended up paying off.

Although the 23-year-old has struggled with injuries this season and has been more of a rotational player for the squad, he made the most of Tuesday’s start. Pulisic scored his first Champions League goal of the season in the 63rd minute.

As N’Golo Kante took a a tremendous run up the middle, Pulisic followed shortly behind on his left side. Kante pushed the ball between two defenders and Pulisic finished past the keeper for Chelsea’s second goal of the afternoon. The crowd erupted.

THE RUN FROM N’GOLO KANTE.

After sliding to his knees to celebrate, Pulisic stood up and gave his best attempt at ‘The Griddy.’ The dance, made most famous by Justin Jefferson and Ja’Marr Chase at LSU, originated in Louisiana and has spread across all professional sports.

On Tuesday it made its debut on the international soccer level. At least, unofficially.

Pulisic’s Griddy was not the cleanest that you’ve ever seen and it could definitely use some work. Regardless, the effort does not go under-appreciated and the man known as American soccer’s Baby Jesus can do no wrong.

Pulisic’s goal on Tuesday could provided a much-needed confidence boost as he continued to find his form.