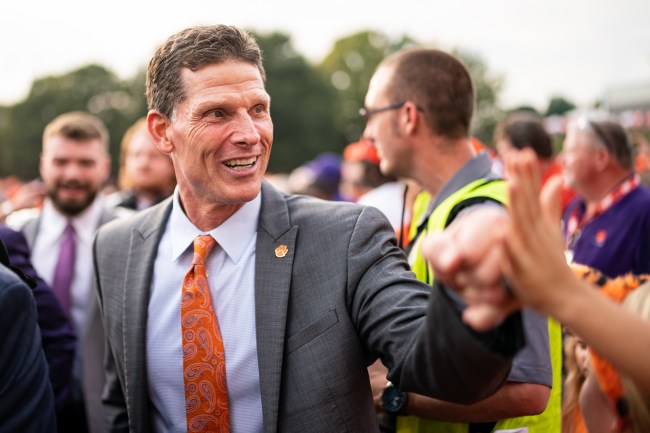 One major move in this year’s college football coaching carousel was Clemson defensive coordinator Brent Venables leaving to become Oklahoma’s head coach. Rumors swirled about that coaching vacancy for days, but when Venables’ name came up one key factor was ignored.

Brent Venables has two sons who both happen to play for Clemson. That left the two of them with a major decision to make. They made that decision today.

Both Tyler and Jake Venables have chosen to stay with Clemson rather than follow their dad to Oklahoma.

Dabo Swinney says Jake and Tyler Venables both plan to stay at Clemson.

Tyler Venables is a sophomore safety who is currently enjoying the best year of his Clemson career. Jake Venables is a redshirt junior who has had trouble getting on the field this year after a successful first two seasons.

Clemson announced earlier today that they would have co-defensive coordinators. Wes Goodwin and Mickey Conn were both promoted from within the Clemson program to take over the role.

Jake and Tyler Venables will be back in action for Clemson on December 29th as they take on Iowa State in the Cheez-It Bowl. Brent Venables won’t be on the sideline again until the start of next season with Bob Stoops set to coach the Sooners in the Alamo Bowl against Oregon.