Reds No. 1 Draft Pick Austin Hendrick Broke A Car Window With A 460-Foot Moonshot In His First Minor League Camp 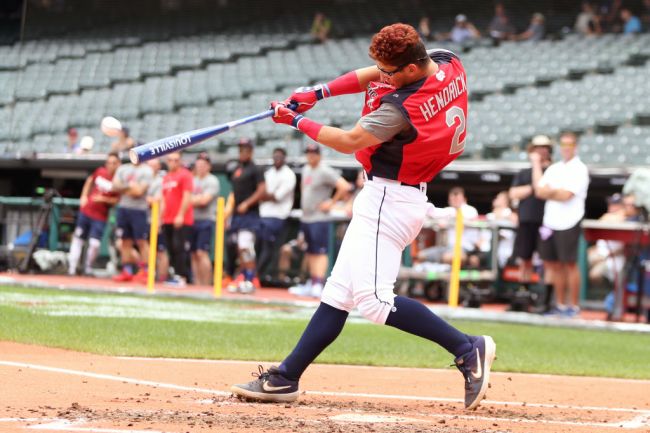 Cincinnati Reds outfielder Austin Hendrick is only 19 years old, but he’s already leaving his mark on the organization with his massive home runs— literally. The team’s top draft pick in the 2020 MLB Draft went No. 12 overall and reported to his first minor league camp this year after last season was cancelled due to COVID-19. He is known for his elite bat speed and massive power and he won the 2019 Under Armour All-American Home Run Derby ahead of the All-America Game, one of the premier events on the baseball showcase circuit.

Hendrick picked up right where he left off over the weekend and hit a ball to the moon. Reds minor league hitting coach Jordan Stouffer shared pictures of a busted out windshield in the parking lot outside of the team’s stadium and tagged the young slugger in the photo. One image shows the vehicle and its damage, the other shows how far away the vehicle was parked from the right field fence.

Don’t walk through the minor league parking lot between the hours of 11 and 3. 😬 pic.twitter.com/CG1ES7yrZb

A Reds Minor League website broke down the distance and ran the numbers on just how far Hendrick hit the dinger. Goodyear Ballpark is Cincinnati’s spring training stadium, as well as a state-of-the-art player development complex that hosts minor league instructional camps and houses the team’s Single-A affiliate. It goes 345-feet to right field, but Hendrick went beyond the fence and out of the stadium.

Assuming that the ball shattered the window in the air, as opposed to on a bounce (it would lose a significant amount of force after hitting the ground), Google Maps’ measurement tool marks the home run at a distance of an enormous 460 feet. 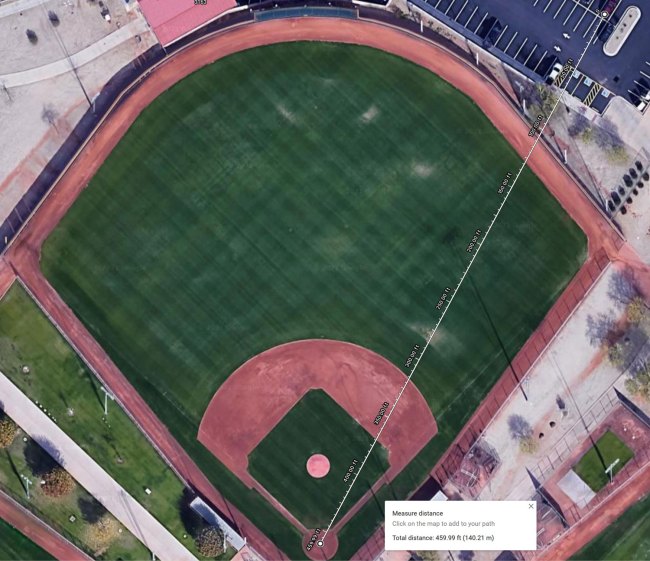 At 6-foot-1, 205 pounds, the Pennsylvania-native has an absurd amount of power for someone only one year removed from high school. If hitting nukes doesn’t make him someone to root for, Hendrick looks up to Milwaukee outfielder Ben Gamel, who famously shotguns an energy drink with his cleat before Brewers games last year. He worked the pregame routine into his own career.

Hendrick has been a prospect to watch for some time, and his Collier Township Little League team went undefeated until the state championship round in 2014, when it lost to Mo’ne Davis and her Philadelphia team. While he didn’t get to play in the Little League World Series then, the Reds are off to a high-scoring hot start to 2021 and the organization believes that it is on the right track to reach the Fall Classic in the not-so-distant future. Hendrick is young, but if he keeps crushing 460-foot bombs, he could be a contributing member to an organization that is prioritizing power sooner than later.

Oh, and if being on a fast track to hitting taters in the Majors wasn’t enough, Hendrick could chose to retire today as a millionaire. As the 12th-overall pick, he signed a $4 million signing bonus at 18 years old. With the promise he is already showing, Cincinnati’s investment certainly looks like it will pay off. Not too shabby.