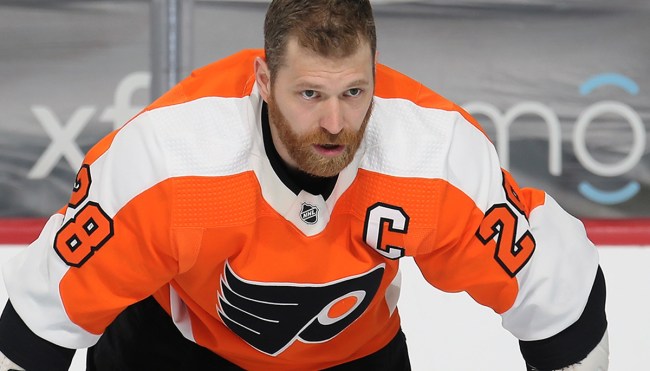 I have spent decades attempting to find a satisfactory explanation for the widespread practice of blacking out sporting events on television channels and streaming apps, and while I understand the thought process behind the restrictions, the logic has never really added up.

In theory, it makes sense that teams want to incentivize fans to make the trek to their stadium or arena instead of watching a game from their couch. However, in practice, that undying thirst for ticket sales has traditionally deprived supporters who would never be able to make it to a contest from viewing it.

On Tuesday night, this longstanding issue was highlighted by the plight Claude Giroux found himself grappling with after falling victim to the NHL’s health and safety protocols.

The Flyers forward was forced to quarantine in a hotel room while his team was facing off against the Ducks in Anaheim, but ran into a bit of an issue when he discovered the game was blacked out on ESPN+ and not being aired on any of the channels he had access to.

After encountering the problem, Giroux FaceTimed his wife Ryanne, who hopped on Instagram to put out a call for help. It’s not entirely clear how the problem was solved (when you consider she appeal to Reddit users, it’s doubtful Giroux’s solution was entirely legal), but he eventually got hooked up with a link so he could watch the Flyers lose by a score of 4-1.

Update: he can now watch the game, thanks to your help.