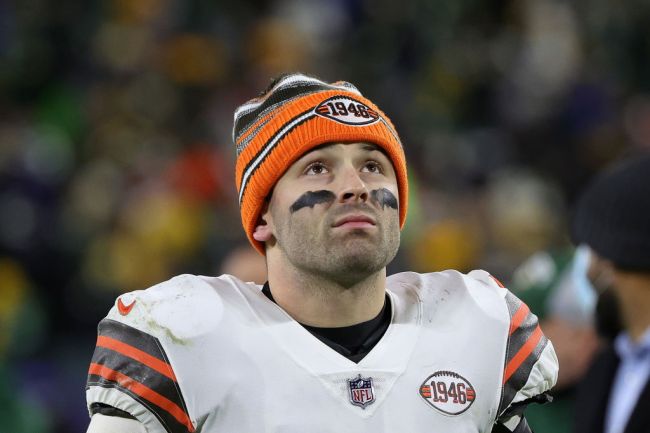 Baker Mayfield and the Browns appear to be headed towards an ugly divorce.

On Tuesday night, Mayfield posted an emotional, heartfelt message to the city of Cleveland after the Browns reportedly met with Texans QB Deshaun Watson about a potential trade.

With many uncertainties, here is where my head and heart is. pic.twitter.com/psipN96cmh

Apparently, Mayfield didn’t like the fact that the team had met with Watson and Will consider other options.

This did not happen in Cleveland, per source. https://t.co/9mBXC8Ts8I

After some conversations, even if the Cleveland Browns are not able to land QB Deshaun Watson, the sense I get is Baker Mayfield will still consider other options.

According to ESPN’s Chris Mortensen, the Browns will likely trade Mayfield because they want an “adult” at QB.

ESPN’s Chris Mortensen says Baker Mayfield and the Browns are breaking up because the Browns want an “adult” at QB pic.twitter.com/cXPIOKNklr

“They’re breaking up, regardless of whether or not Deshaun Watson ends up Cleveland, the one thing that I was told is that it’s just not a match emotionally, whereas Baker Mayfield’s passion and emotional leadership were embraced in Oklahoma and even in the beginning with the Browns, things have changed and they want what they consider an adult at the position.”

It appears like things are about to get real ugly in Cleveland.