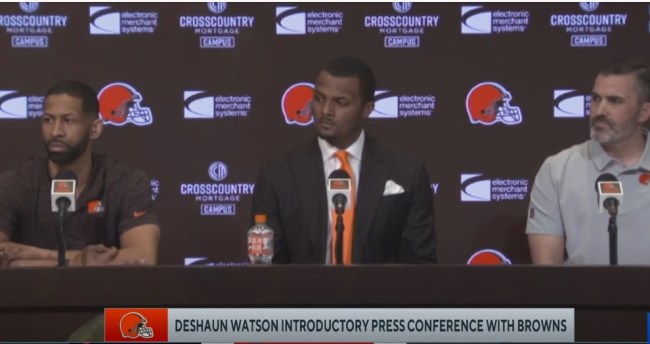 The Cleveland Browns faced the media for the first time after the controversial signing of Deshaun Watson.

During a press conference on Friday, the Browns addressed the criticism they received for not speaking to the 22 women who accused Watson of sexual harassment.

According to Browns exec Andrew Berry, the team decided not to reach out to the women after legal counsel advised them not to because it could be seen as interfering with a criminal investigation.

Cleveland Browns say they didn’t talk to Deshaun Watson sexual assault accusers because they didn’t want to be accused of interfering with criminal investigation pic.twitter.com/4okmynIxGo

We were advised by our attorneys, we were advised against reaching out directly to the 22 women out of concern that it would be concerned that it could be considered interfering with a criminal investigation.

Berry did not give a direct answer when asked if the independent investigators the Browns used to research the case spoke to the women. 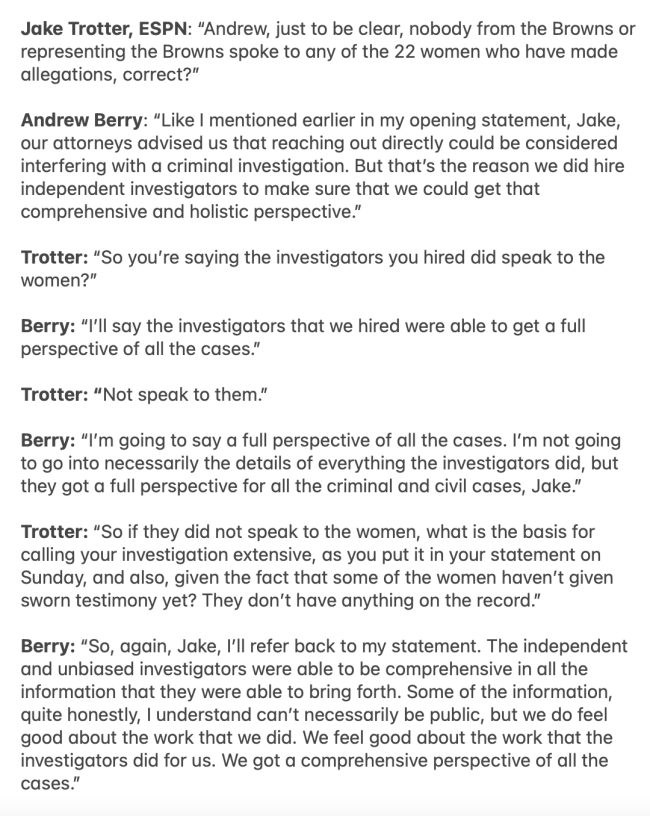 Again: Tony Buzbee, who represents these women in the civil suit against Watson, confirmed to me this week that *nobody* connected to the Browns or any other team attempted to speak with his clients. https://t.co/vXII1KAltM