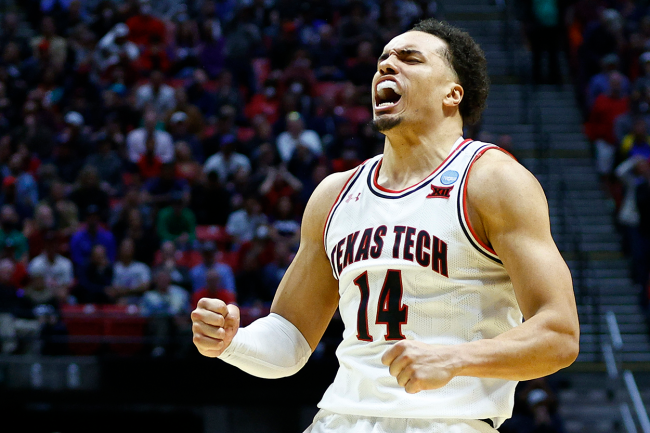 Marcus Santos-Silva has not played football since his freshman year of high school. Now he is the newest member of the Cleveland Browns.

Santos-Silva stands 6-foot-7, 250 pounds. He spent the past five years playing college basketball at Virginia Commonwealth and Texas Tech, but will hope to find a professional career as a tight end instead of pursuing a future in the NBA.

On Monday afternoon, it was announced that the Cleveland Browns had signed Marcus Santos-Silva as an undrafted free agent.

We have signed TE Marcus Santos-Silva

Santos-Silva, born in Boston, is 24 years old. He began high school in Massachusetts, transferred twice, repeated his junior year and finished at Vermont Academy, a private boarding school in the Green Mountain State.

While there, Santos-Silva developed into a three-star basketball prospect and committed to VCU over offers from Kansas State, Boston College and Temple, among others. During his three seasons with the Rams, he averaged 3.1 points and three rebounds per game as a freshman, 10 points and 7.4 rebounds as a sophomore, and 12.8 points and 8.9 boards as a junior.

Marcus Santos-Silva racked up his sixth double-double of the year Saturday.

After his third year with the program, Santos-Silva transferred to finish out his career at Texas Tech. During his senior season, his first with the Red Raiders, he led the team with 6.4 rebounds and 1.1 blocks per game.

As a super senior, he blossomed into a valuable presence in the paint and once again led Texas Tech in shots blocked. It was a strong career and he finished with 1,244 points nad 957 rebounds in five years.

He is a force.

Despite his prominence as a shot-blocker and paint protector, Marcus Santos-Silva likely wouldn’t have been drafted into the NBA and decided to switch sports.

At the end of April, Santos-Silva declared for the NFL.

We are excited and proud to welcome @Marcus14__ to the TSEG Family! From basketball forward to football tight end, Marcus is a consummate and versatile athlete. He is ready to make his impact in the @nfl! #2022 #Tightend #AthleteRepresentation #NFL #TSEGFamily #MarcusSantosSilva pic.twitter.com/oWLWQsE09m

The move is not unheard of. In fact, all things considered, it’s become fairly common for big college hoopers to try and play tight end.

But with that being said, Santos-Silva has not played football in a very long time. He likely has not caught a football in a game setting since 2013.

Growing up, Santos-Silva actually preferred football to basketball. When a growth spurt hit him as a freshman in high school, defenders went after his knees and he decided to hang it up.

Now, almost a decade later, he is lacing the cleats back up and will join Cleveland at rookie camp this summer. Other notable players to make the same move from college hooper to pro footballer include: Antonio Gates, Julius Peppers, Tony Gonzalez, Jimmy Graham, Julius Thomas, Mark Vital and Rico Gathers.

Only time will tell whether it works out for Santos-Silva. At the very least, with other players his size around him, defenders won’t be going for his knees as often.