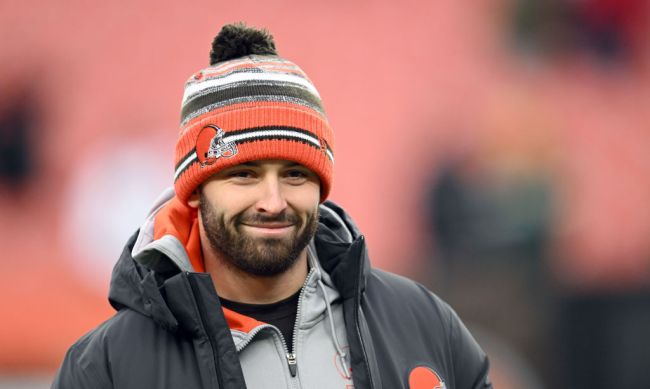 If anything summarizes the moral compass of the National Football League, it’s how the Cleveland Browns have handled the Deshaun Watson/Baker Mayfield situation.

Mayfield, who led the organization to their first playoff win in decades and was the #1 overall draft pick in the 2018 NFL Draft, was virtually exiled from the team before he was traded to the Carolina Panthers. Why? Because he’s not as talented as Watson, the embattled quarterback who has been accused of sexual misconduct by 24 different women.

Despite the cloud of controversy hanging over Watson’s head, though, the Browns still decided to give him a fully-guaranteed five-year, $230 million deal while sending Baker to the Panthers for some scraps. Not only that, but the Browns will be paying their former franchise QB $10.5 million next season, while the Panthers will pay the remaining  $5 million on his deal. And given that the Panthers and playing the Browns in Week 1, that means Cleveland will be playing Baker about $615,000 to play against them in that game.

To quote Brad Pitt’s Billy Beane in Moneyball: “No, man, I ain’t paying you seven. Yankees are paying half your salary. That’s what the New York Yankees think of you. They’re paying you three and a half million dollars to play against them.”