The Cleveland Indians Are Changing Their Name 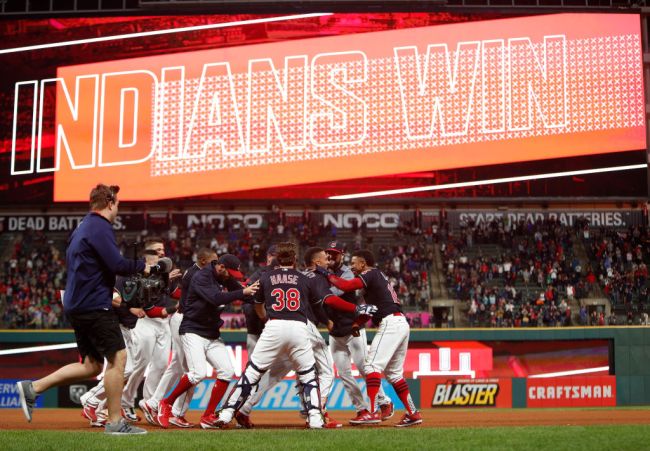 Following in the footsteps of the NFL’s Washington Football Team, the Cleveland Indians are planning to change their name, according to a report from the New York Times. The change will not be immediate, though, as sources tell the Times that the franchise “planned to keep the Indians name and uniforms for the 2021 season while working to shift away from it as early as 2022.”

“We are committed to engaging our community and appropriate stakeholders to determine the best path forward with regard to our team name,” the team said in a statement in July after the Washington Football Team announced they were dropping the name “Redskins”.

As for when the name change will be officially announced, the report states that could happen as soon as this week. This has been in the works for some time for Cleveland, as they first began phasing out the mascot Chief Wahoo back in 2019.

Not much else is known about Cleveland’s plan at this time, as the New York Times report indicates that they could follow Washington’s approach and go “nameless” until they consult with their fans about a new, permanent name.

It is not immediately clear what Cleveland’s exact steps will be beyond dropping the Indians name. The transition to a new name involves many logistical considerations, including work with uniform manufacturers and companies that produce other team equipment and stadium signage.

One option that the team is considering, two of the people said, is moving forward without a replacement name — similar to how the Washington Football Team proceeded — then coming up with a new name in consultation with the public. [via The New York Times]

The franchise, which first began as the Grand Rapids Rustlers in the minor leagues all the way back in 1894, didn’t take on the Indians moniker until 1915. Prior to that, the team went through various name changes: they were the Cleveland Lake Shores in 1900, the Bluebirds in 1901, the Broncos in 1902, and the Naps from 1903 to 1914.