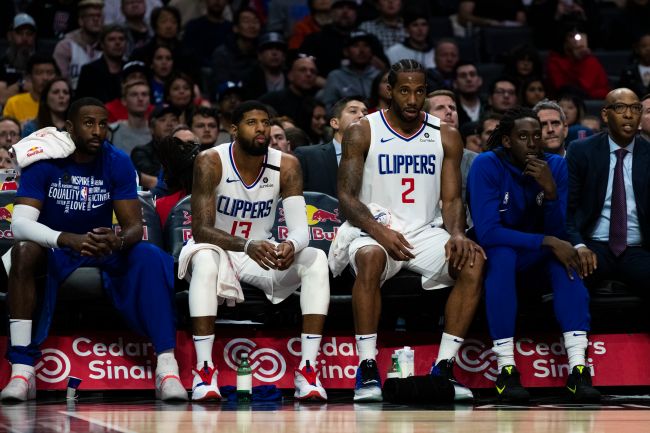 We’re starting to learn more about the dysfunction in the Clippers locker room after the team embarrassingly lost to the Denver Nuggets in the playoffs.

The treatment the Clippers gave Kawhi Leonard and Paul George rubbed some teammates the wrong way:

◾️ Kawhi and PG-13 had power over the practice schedule.
◾️ Kawhi lived in San Diego, which often made him late.
◾️ Teammates believed they could choose when they played.

• Leonard and George typically didn’t speak to the media until at least 45 minutes after games concluded, under the guise of postgame treatment or workouts. This usually resulted in their teammates speaking with the media first, and for longer, essentially becoming the public voices of the team.

• Teammates also believed that Leonard and George were able to pick and choose when they played. Not only did they sit out games entirely, but also at times they accepted or declined playing time in the moment.

While star treatment can work in a locker room, and some of these practices aren’t necessarily unique to the Clippers, it resulted in a lack of buy-in from this particular group, league sources said.

The hard-nosed, competitive culture the team had built from 2017 to ’19, predicated on their all-for-one ethos, was undone in a matter of months, and now a challenging new season beckons, with camps opening this week and games tipping off three days before Christmas.

Players seemed fine with Kawhi getting preferential treatment considering what he’s done in his career but took umbrage with George getting the same treatment while not performing well in the playoffs.

While Kawhi and Paul George received preferential treatment, some teammates took more of an issue with George's treatment.

"There was a sentiment among certain teammates of, 'What have you accomplished in the playoffs?'"

The Clippers are set to open their season against the Lakers in three weeks, let’s see if they’ve figured out all the chemistry issues in the locker room by then.