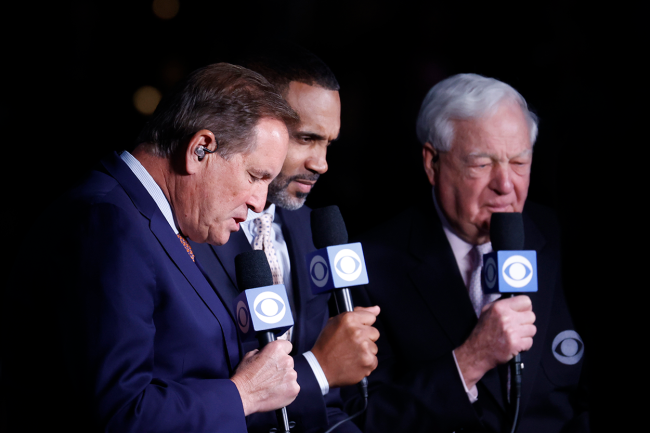 At the forefront of this year’s NCAA Tournament is The Coca-Cola Company. The carbonated soft drink manufacturer has a lot of money invested in March Madness as one of the Big Dance’s biggest sponsors.

As a result, the company’s newest product — Coca-Cola Zero Sugar — has been a large part of the broadcasts. There are a lot of commercials during breaks and even during the broadcast, the ad reads in and out of breaks are causing quite the commotion.

The ad read for Coca-Cola Zero Sugar is giving both viewers and the in-game announcers fits. For starters, basketball fans are confused by the tag line and its underlying innuendo.

Coca Cola is running with “The Best Coke Ever” advertising campaign huh? SMH.

“Best Coke Ever” is not the ad campaign I think they think it is.

In addition, the in-game Coca-Cola Zero Sugar ad read is causing quite the commotion in the March Madness broadcast booth.

Here is how it reads:

“Coca-Cola Zero Sugar. The best Coke ever, like the G.O.A.T. — is this fact checked?”

The whole read doesn’t really make any sense and the announcers have no idea how to deliver the copy.

Best thing about the NCAA tournament so far is that every play-by-play announcer at some point in the game has to try to make sense of this absolutely unreadable Coke Zero Sugar ad copy. pic.twitter.com/eJElg8gG6U

This is the most “I am just going to say the words in the order they have been placed in front of me and am not even going to pretend that they are supposed to make sense” version of this ad yet. Much respect to Brian Anderson. pic.twitter.com/O0XTIZwe39

Nantz tries to add his own spin to “fact-checked” but ends up sounding like he’s never seen those words in that order before. pic.twitter.com/BiEPCz1Prm

It has been a hilarious theme to keep an eye on throughout the NCAA Tournament and the people who have been listening at home also have their questions. What is it supposed to sound like? How is it supposed to flow? Nobody knows.

I don’t know! I mean, that’s, I guess, the best reading. The middle of the three reads has me laughing so so hard.

That works. Or the last line is, like, the announcer with a tag line, after the snippet scene of the other two

1) Yes, a two-person delivery could solve all these problems
2) I'd honestly be surprised to hear that you've thought about anything else at all over the past four days.

It really is quite the spectacle. Why didn’t Coca-Cola better explain the ad read? Was it intended for two people?

The entire thing has been chaotic throughout March Madness thus far. Maybe they will get things worked out for the second weekend. Maybe.