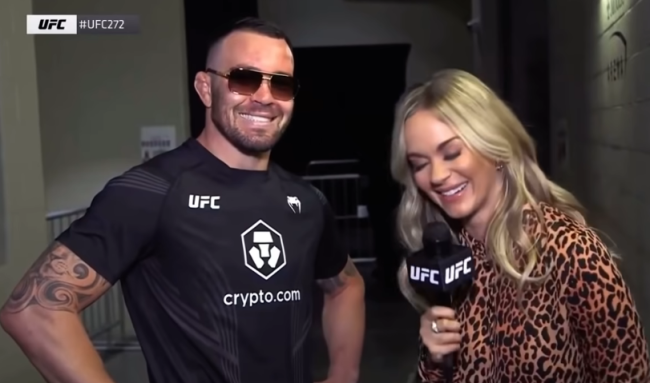 Colby Covington is on the warpath to fight Dustin Poirier, and he’s going to do everything possible to make it happen.

After his big win, Covington called out Poirier to a fight during an interview with UFC’s Laura Sanko. Sanko was left speechless Covington made a comment about Conor McGregor having sex with Poirier’s wife.