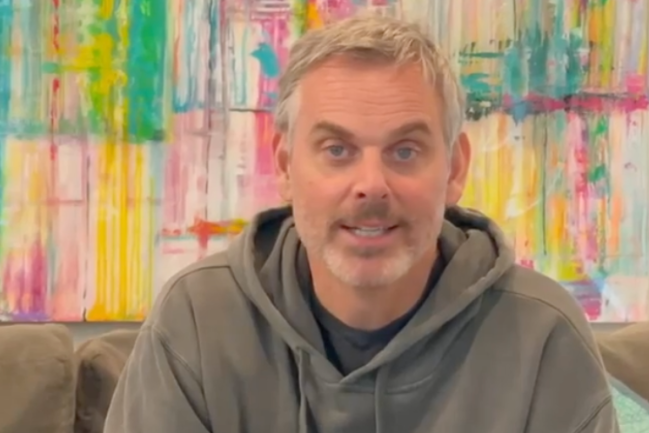 Colin Cowherd was notably absent from The Herd on Monday and Tuesday following the Super Bowl. As two of the biggest days of the year for sports television and radio, viewers were concerned about the Fox Sports personality and left wondering why he was not on air. Cowherd provided that answer through an Instagram video on Tuesday night.

While eating dinner with his wife on Saturday night, he felt a sharp pain on the right side of his chest. He knew it wasn’t his heart, because it was on the right side, but it was the “most pain he’s ever been in.” He was subsequently picked up and rushed to the emergency room at Torrance Memorial hospital. Thinking that his pain might be caused by COVID-19, Cowherd was rushed to the emergency room and tested for the virus. He tested negative twice for COVID and, after a series of tests, doctors discovered a small blood clot in his right lung. The cause of the clot iss unknown, but a diagnosis is expected in the coming days.

“They found, through the X-rays, that I had a small blood clot in my right lung,” Cowherd said via Instagram Tuesday night. “It was limiting my breathing. Again, it was scary. Good news, they tested me again for COVID and I didn’t have it. I’m waiting for some blood work. I have no idea why it happened.”

The 57-year-old said that he is recovering as well as he can and went for a 30-minute walk on Tuesday, which he called “amazing, considering where he was 48 hours ago.” Watch his full update below:

Cowherd is currently on a leave of absence from Fox but vows to be back on the air as soon as he can and thanks everybody for their support.