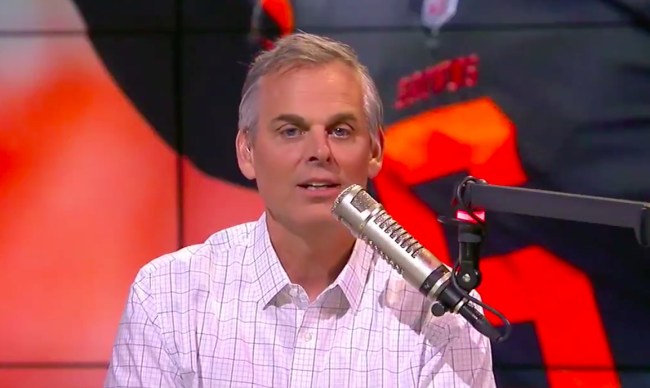 Joe Burrow earned his second win in the NFL on Sunday throwing for 249 yards and two touchdowns against a very good Titans team. It’s not like Burrow was having a poor season by any means up to that point, especially given how below-average the Bengals’ offensive line is, but with his first notable win in the league, the media is gushing over the 2020 first-overall pick all over again.

Colin Cowherd, the king of spitting out hot takes about his own made-up hypotheticals, decided to compare Burrow and Lamar Jackson on ‘The Herd’ on Monday, specifically who he’d rather have on his team for the next 10 years. Cowherd said he’d take Burrow over Jackson for the next decade.

“If you asked me, Joe Burrow or Lamar Jackson, I take Burrow,” Cowherd said. “I’m re-calibrating. I’m recalibrating how I think of Joe Burrow with nothing, absolutely nothing, tearing apart Tennessee’s defense how I look at the Ravens and Lamar. There’s now a way to make things uncomfortable for him.”

Joe Burrow over Lamar Jackson for the next 10 seasons:

"I'm recalibrating how I look at the Ravens and Lamar… There's now a way to make things uncomfortable for him." — @ColinCowherd pic.twitter.com/ghoDoF8Hm3

While taking Burrow over Jackson isn’t that wild of an idea by any means, this is the same Cowherd that listed Burrow as one of the ‘highest-risk’ players heading into the 2020 NFL Draft. To say Cowherd wasn’t sold on the Heisman Trophy winner would be an understatement, but now with two wins under his belt, he’s completely flipped sides.

Through his first eight games in the NFL, Burrow has thrown for 2,272 yards, has 14 total touchdowns, and thrown five interceptions. Jackson, who didn’t take over for the Ravens until well into his rookie campaign, threw for 1,438 yards, picked up 562 yards on the ground, and nine total touchdowns to go along with three picks.