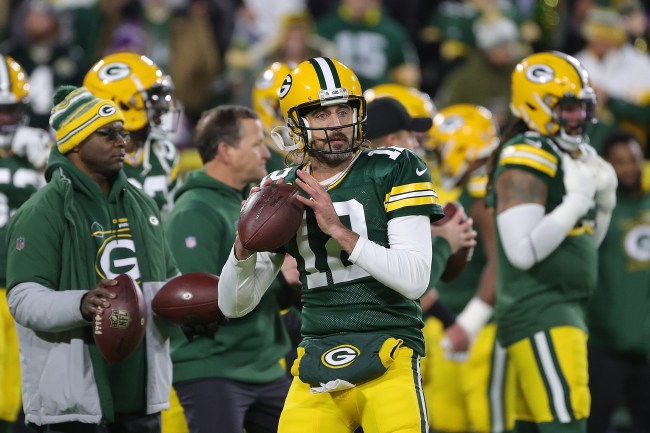 Coming into this NFL season, there were major questions about if Aaron Rodgers was going to play and where he’d be playing if he did. The answers ended up being yes and Green Bay, but many believe that won’t be the case next year.

As part of Rodgers’ terms to come back to the Packers, he got assurances that he’d be able to leave this summer if he felt so inclined. It is something that hasn’t come up much throughout the year as the Packers have been one of the NFL’s top teams, but it could still be a major story in a few months.

In spite of the Green Bay Packers’ success, there are still many who expect to see Rodgers move on after this season. Colin Cowherd talked about this possibility on “The Herd”. He believes he’s identified the only place Rodgers will go if he leaves Green Bay.

If Aaron Rodgers leaves Green Bay, he has to be the missing piece…

"There's only one place for that. It's the Denver Broncos." — @ColinCowherd pic.twitter.com/1UcUvg51P8

It’s an idea that certainly makes sense. The Denver Broncos would arguably present the best offensive supporting cast of Rodger’s career and they have a strong defense. If Rodgers goes to Denver, they immediately become one of the NFL’s top Super Bowl contenders.

The Broncos own all of their draft picks for the next few years, so they have the ammo to make the trade happen. However, the real deciding factor will likely be what the Broncos convince Rodgers they’re willing to do after that deal is made.

The biggest issue between Rodgers and the Packers throughout his career has been a lack of commitment to building winning teams around Rodgers. The Packers rarely make big free agent signings and have regularly made draft picks that were no help to Rodgers.

They’ve even neglected to get Rodgers any receiving help in recent years. Their receiving corps has consistently been Davante Adams and then whatever the Packers find in the late rounds.

In fact, when the Packers drafted Amari Rodgers this year, it was the first time they had taken a receiver in the first 125 picks since they drafted Adams in 2014.

If the Broncos can convince Aaron Rodgers they’ll do things differently, then he could easily be the QB who brings another Super Bowl to Denver.