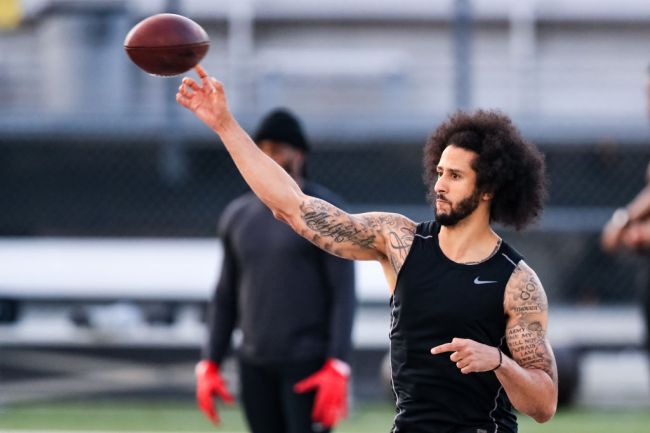 Colin Kaepernick is serious about his NFL comeback.

Over the weekend, Kaepernick revealed that he was still working out, hoping to get a call from an NFL team but still felt that he needed a wide receiver to throw balls to.

For The past 5 years I’ve been working out and staying ready in case an opportunity to play presented itself. I’m really grateful to my trainer, who I’ve been throwing to all this time. But man, do I miss throwing to professional route runners.

Who’s working?? I will pull up

That’s when Seahawks wide receiver Tyler Lockett stepped up to the plate and offered his services to Kaepernick.

Let’s do it bro! Me and my brother will come run routes for you! https://t.co/MPvZTKA8PG

On Monday afternoon, Kaepernick went on Instagram Live to show off his arm by throwing passes to Lockett.

Is he going to get a shot at an nfl return? pic.twitter.com/bL4MLytmxv

We’ll have to wait and see if a team is impressed enough with Kaep’s video to bring him in for an official workout.