Colin Kaepernick Publicly Urges NFL Teams To Bring Him In For A Workout ‘My Talent, My Skillset Will Speak For Itself’ 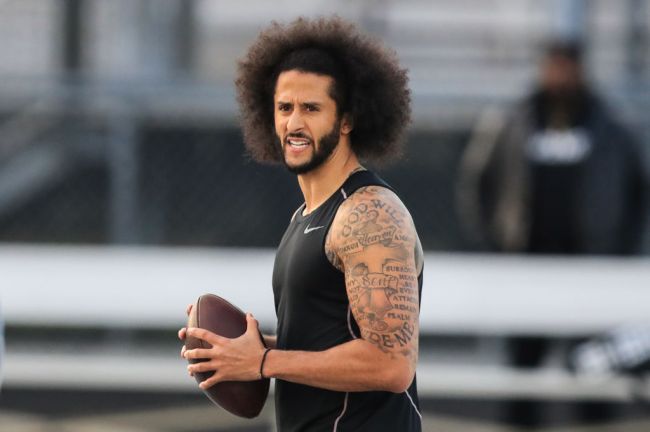 Colin Kaepernick is publicly calling on NFL teams to give him a workout because he believes he still believes he has the skills to play in the league.

On Wednesday, The 34-year-old QB spoke to the media after his public workout on Wednesday in Seattle and said, “we just want the opportunity to walk in the door and show them what I can do”.

Kaepernick on his message to NFL teams concerned on him being out of the league for 6 years –@komonews pic.twitter.com/ryllJOlVgB

“I think more than anything, again is where my skills are, the best way to tell is to bring me in for a workout. We have no expectations on what teams will do, but we just want the opportunity to walk in the door and show them what I can do, and I think my talent, my skillset will speak for itself”

Football trainer David Robinson, who is working alongside Kaepernick, told TMZ that at least five teams have reached out to talk about Kaep.

A workout with a team has not yet come to fruition … but famous football trainer David Robinson told us this week that “at least” five NFL teams called him to get his read on how the signal-caller looked at a recent workout.

We’ll see if someone actually brings Kaepernick in for a workout before the start of the season.