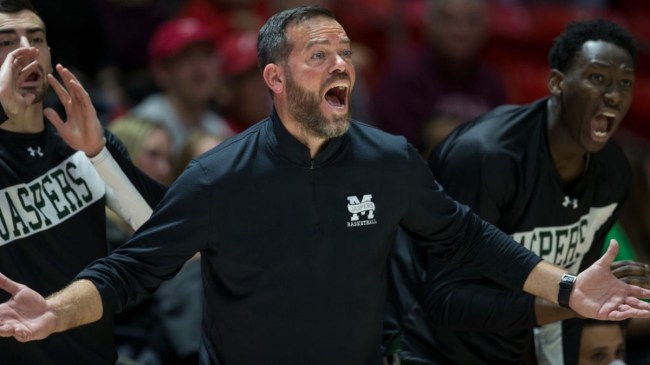 With less than 2 weeks until the start of the college basketball season, the sport shockingly already has its first firing of the season.

Earlier today it was revealed that Manhattan would be firing head coach Steve Masiello.

SOURCES: Steve Masiello is out at Manhattan. Was entering final year of his contract. RaShawn Stores interim coach.

Masiello was reportedly heading into the last year of his Manhattan contract and was looking for an extension, but the extension never came.

Steve Masiello is no longer Manhattan's head coach, sources confirmed to CBS Sports. @AdamZagoria the first reporter with it.

Masiello's contract expired earlier this year. Was told by sources he had a shaky relationship with his AD.

The season starts in less than two weeks.

Masiello had some success early on in his tenure with Manhattan, leading the Jaspers to a pair of NCAA Tournament appearances. Unfortunately, he hasn’t led them to a record better than .500 in the last 7 seasons.

It appears the decision is already going to be a costly one for Manhattan. After it was revealed that they had fired their head coach, their star player decided to enter the transfer portal. Jose Perez, the MAAC Preseason Player of the Year, is already receiving interest from Oregon.

Manhattan transfer Jose Perez — the MAAC Preseason Player of the Year — tells me that he's already receiving interest from Oregon.

Manhattan will have an uphill battle as they try to get back to contending in the MAAC after finishing tied for 7th last season and then firing their head coach and losing their best player just a couple of weeks before the start of the new season.