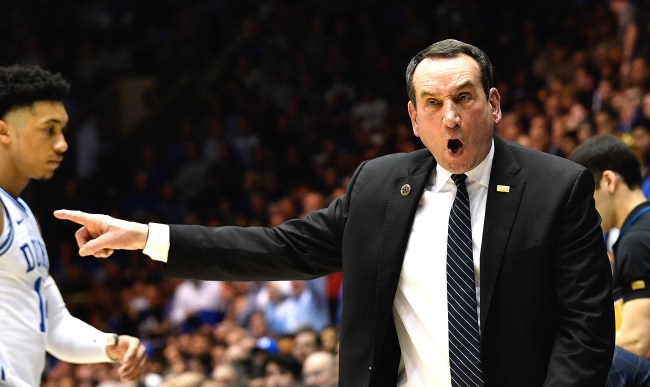 With everything going on around the country, the 2020 college basketball season has snuck up on all of us. With the NCAA Tournament being canceled just over eight months ago it feels like we haven’t seen a college basketball game in approximately four years.

To say college hoops fans are fired up for the season to tip-off on Wednesday would be an understatement, but the same virus that forced the NCAA Tournament to be canceled earlier this year is already making a big impact on the start of the season.

A number of big-time programs around the country have already either elected or been forced into backing out of season-opening tournaments or cancel season openers altogether. Baylor, the No. 1 team in most preseason polls, backed out of the Empire Classic after head coach Scott Drew tested positive for COVID-19. The Bears were set to play Arizona State in their opener, but the Sun Devils were actually the first to pull the plug on the whole thing following the news of Drew’s positive test.

Tennessee head coach Rick Barnes has reportedly tested positive forcing the Vols to cancel the Volunteer Classic and pause team activities. Duke’s season opener against Gardner-Webb has been postponed after a player for GW tested positive. Ole Miss’ season-opening tournament in Oxford has been canceled too after head coach Kermit Davis tested positive.

We’re not even at 1 p.m. ET and we’ve had Duke and Arizona cancel it’s season-openers, Baylor out of Mohegan Sun and now Tennessee’s Rick Barnes tests positive for COVID.

We need a new plan for college hoops.

Those are just a few of the many teams already impacted by the virus not only before the season has even started but before they’ve traveled to where they were scheduled to play. Simply put, things don’t look great for the college basketball season. I guess the positive takeaway here is that these positive tests are popping up at the start of the season and not let’s say two weeks into the season? That feels like grasping at straws, though.

There is still a gigantic slate of games scheduled to tip-off on Wednesday for the fortunate programs that haven’t been hit with any recent positive tests. We’ll have college basketball on the TV soon, but some teams will, unfortunately, have to wait at least a few more days before hitting the hardwood.

Our thoughts are with all the college coaches and athletic directors that will have to undoubtedly move around a number of games on the schedule throughout the season. That’s going to be an excruciating, constantly moving puzzle.

And yes, of course, there are bigger things going on around the world right now compared to some college basketball games being postponed and canceled, but that doesn’t make any of this news much easier to accept.