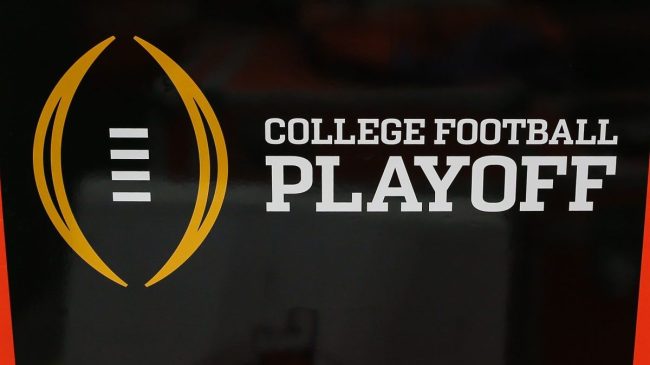 The college football world saw a drastic shakeup on Friday afternoon with the news that the College Football Playoff was expanding to 12 teams.

But at the time the news broke, very little else was known about the format. Since that time, more and more details have begun to trick out. One detail in particular has college football fans amped up to receive something they’ve been asking for for years.

Perhaps the worst thing about the last decade of college football has been the growth of neutral-site games. By now, neutral-site contests have been commonplace for marquee non-conference matchups. They ruin everything that’s great about college football and strip students of an opportunity to see big games in some of the best environments in sports.

The one thing that fans wanted to see if the College Football Playoff was to expand is at least one round of on-campus games. Now it appears fans are going to get their wish.

From the official announcement: pic.twitter.com/RG79cwMMpP

The top four teams in the College Football Playoff rankings will receive a first-round bye. Teams 5-12 will play one another, with the higher seeded team as the host. Fans were amped up about the possibilities.

Michigan vs an SEC team in late December I am so ready for it. https://t.co/4dCgUqRU3A

I'm so happy about this part! https://t.co/YfCpCT3kvh

Big Ten fans in particular are dreaming about the possibilities.

Camp Randall in the middle of December? Yes please. https://t.co/SHXuUD9X7c

There is, however, one caveat. The higher-seeded team may opt to move the game to another site for whatever reason. That has some fans worried.

Your tweet should have been: If Ohio State moves a home playoff game from campus to Indianapolis is going to get a hearty boo from me

"Or at sites designated by the higher-seeded institution."

Can't wait for 8th seeded PSU to host someone at Heinz Field in 2024 b/c Beaver Stadium still can't do cold weather events. https://t.co/eE1CtTzuBO

These conferences better not be some cowards and move it to a neutral site, I will riot! https://t.co/4oAKkcEpLK

The first athletic director to move a playoff game off campus may end up getting carried off campus by an angry mob. Until then, we can all dream about the potential matchups.

Who doesn’t want to see Clemson at Michigan? Or Oklahoma at Penn State? The matchup possibilities are endless and college football fans are loving it.