College Football Week 14: One Upset Pick To Think About In A Week Full Of Favorites 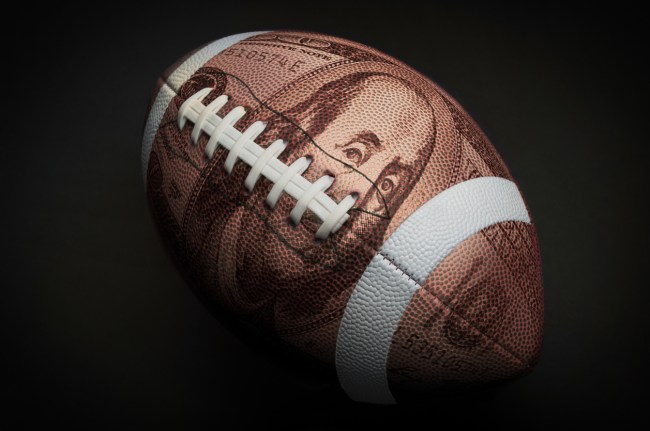 The college football season is beginning to wind down and the picture is pretty clear as to what teams are legit and what teams are, well, not so much. Week 14’s slate has been hit by COVID-19 on some level, but there are plenty of games set to be played as scheduled. However, much of the slate appears to be headed toward the chalk. There will be unexpected upsets, but I am never one to predict games for the sake of predicting games.

As you look to place your bets for the upcoming slate, our partners at BetMGM are here to offer you a stellar deal. New players in a state where BetMGM operates (TN, NJ, CO, IN, WV) can register their accounts with BetMGM and use the code BROBIBLE to receive a risk free bet up to $600.

For every dollar that you deposit, BetMGM will double it! Once you’re signed up, it’s time to look for some value. We went 1-1 last week which puts us at 6-6 on the season. It was nearly a sweep, but it’s hard to account for an opposing running back to rush for eight touchdowns. That’s just a tough way to go down. Nevertheless, we will continue to search far and wide for winners.

Here is the one game that will be a dogfight until the clock his zero:

Why South Carolina will win:

Freshman quarterback Luke Doty has reignited a spark for the Gamecocks’ passing offense. In his last six quarters since taking over for Collin Hill, he has completed 32-of-45 passes for 320 yards and that was without the team’s top two receiving targets. Superstar athlete Shi Smith returns this week, and tight end Nick Muse has emerged as a confident go-to target. While the team continues to look for a new identity for the future, Doty is a great first step and brings a good arm and lot of moxie to the offense, as well as the ability to take off and go. The play-calling has catered to his inexperience and puts him in situations to succeed with high-percentage throws.

Next to Doty in the backfield is Kevin Harris. He is one of the most dominant rushers in the country when he gets going, but struggled to find any room to run against a stifling Georgia run defense next week. Poised for a bounce-back game against a good, but not great Kentucky defense, look for the South Carolina offensive line to get a better push and help establish Harris on early downs. Avoiding down-and-distance situations will be key.

There's no quit in Kevin Harris! Giving everything he has when we need it most 🤙#Gamecocks | @SansburyEye pic.twitter.com/a8Drv4TqQM

Defensively, the Gamecocks have to get off of the field. The group has struggled on third down all season, but if it can make a few stops that change the momentum, the offense seems to have found a groove.

Why Kentucky will win:

The Wildcats need to cut down on the mistakes and play a cleaner game. Kentucky runs the ball and does it well. Quarterback Terry Wilson and running backs Chris Rodriguez Jr. and Asim Rose Jr. make for a three-headed monster that move the ball behind a dominant offensive line. They’re averaging around five yards per attempt and have a good opportunity to continue that trend.

Where Kentucky will really win the game, however, is on defense. It held Florida quarterback Kyle Trask to just 145 yards on 21 plays in the first half last week and will need to string together a full, four-quarter performance. The Cats have the second-best pass defense in the SEC and will have to shut down Shi Smith. If they can force the Gamecocks into must-pass situations, it bodes well for the home team.

South Carolina may not pull off an outright win, but it’ll hang around in a great sixty-minute battle. The Wildcats will have the ball more and control the clock, but the Gamecocks are given more than 10 points in a tight game.